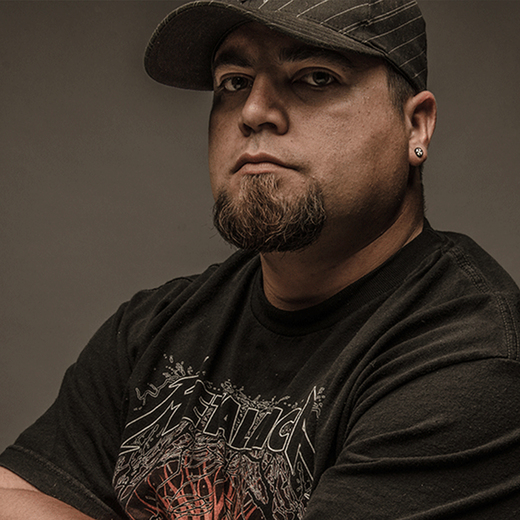 About Beyond my eyes

I spend most of my life traveling all over Colombia but spending most of my adolescent life in Barranquilla, learning the flavor of the cumbia, Vallenato, salsa, rock and Metal, playing percussion as early as I can remember, banging on anything that could make a sound or I could beat with my hands and feet.

In my early years I was gifted a guitar which I learned how to play with no proper education just a long as it sounded good, all by ear. I remember at that time the radio will play bands like deff leppard, scorpions, poison, Metallica and that’s when I found the inspiration to finally play guitar properly, because I wanted to play the tunes from Metallica, This also make up for the nickname all of my friends knew me for “El Metallica”. Having the urge to play live I founded my friends Oscar and Johnny and we form a band called ESPINA but also collaboration with another local fellows called Risk.

I departed Colombia in October of 1999 in a 6 month journey to The USA (Yes I came here like most us have, walking!!) Basing myself in Dallas, Texas where my closest family was located at and spending most of my time practicing drums, guitar and other instruments.
Here in the US I played in a band based out of Maryland called TAOD which stands for (the art of deception) as a guitarist and lead vocalist it was fun project but it was only that. Soon after that I played as a drummer in a band called Coilback and release 1 self-tittle EP and one full length CD called “love is dead”, but the project was not moving forward as I wanted so I parted ways with them and joined a group called INBRYO. With this band I learned the art of booking, Managing a band in conjunction with designing Its website, and all marketing and merchandise a material which at that time I was going to school for.

We released a self-tittle EP and a full length CD called “Frustration” selling about 2700 copies locally (USA) and also touring the east coast and opening for acts like, Killswitch engage, Hellyeah, Otep, Bloodsimple, Suicide of silence and many other names. Due to personal and band member circumstances I have to leave the band and focus on my family, work and school.

Now putting all that behind me, I decide to self-produce my own project. So I started writing music, slowly buying all the recording studio equipment I could afford and teaching myself the art of pre-production, song writing, Mixing and Mastering this way I could make sure all the influences I have, stay intact with in the music I’ve produced.

This influences and the fact that I was born in the Caribbean coast of Colombia gave me the style and flavor I write on my songs today, Metal will always be my passion but can’t ever take the “Caribe” out of me.