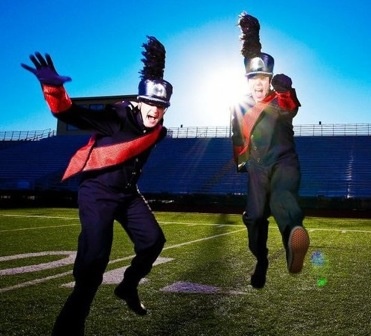 BK & Mr. E is an indie-electronic duo from Austin, TX natives Jason Blanchette and Brandon Hegar. Their distinct layering of sounds has been compared to artists such as Queen, Prince, Outkast, The Police, and The Beach Boys.

Blanchette and Hegar have been involved with music and the arts from a very early age. They met in their high school marching band, and both soon went on to college to pursue classical music performance degrees. Substituting synthesizers for brass, the two continually try to bridge the gap between electronic and rock/funk genres. “We wanted to be as self-contained as possible. We write, record, produce, and perform everything ourselves,” proclaims Blanchette.

Their latest release, “I Don't Think You Realize", is currently available on all major digital music outlets.