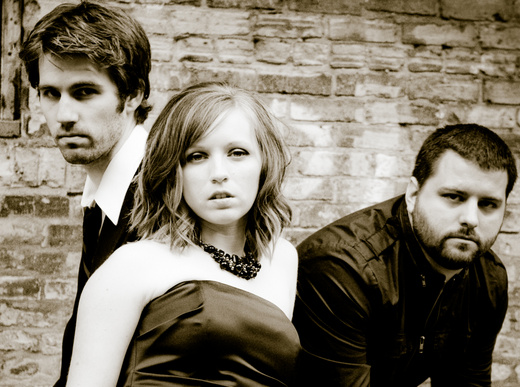 Over the years, three musicians have actively performed with several music groups all over the world utilizing almost every genre of music from classical to rock. Their experiences evolved and their paths crossed and eventually birthed the new instrumental group, Clocks & Clouds. This group culminates their passions and true desires to perform music that not only entertains, but also inspires their listeners. C&C successfully combines their classical training as well as their enthusiasm for rock ‘n roll to write pieces that display the power and passion of music.

This group consists of violinist Stephanie Shogren, cellist Lucas Shogren, and drummer/percussionist Derek Powers. By adding pick-ups to the acoustic instruments, guitar effects, a full drum kit, and original rock music written for string instruments, a sound is created that is instantly appealing to the audience.

Basing their home out of Minneapolis, Clocks & Clouds have performed at top music venues across the Midwest. They have garnered much success at concerts and in a short time have incurred a very respectable draw. Concert venues have begun seeking out Clocks & Clouds for repeat shows as a result of the success their concerts bring in.

In the summer of 2011 C&C released their first EP entitled, Life Beyond Reason. The EP consists of 5 tracks that best exemplify what Clocks & Clouds is about, producing epic music that is appealing to all demographics.