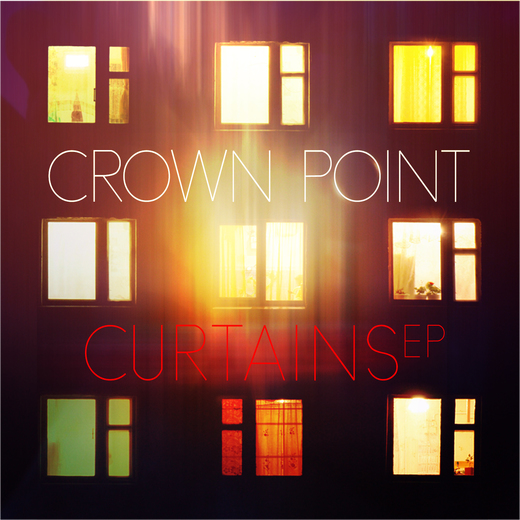 Crown Point is an alt/rock band from Portland, OR

We are four guys with a love for good music and for you, Mr. or Ms. Crown Point Fan.  We love you so much that we've driven over 70,000 miles in the past year to play for you.  You are what really matters.  But, if you'd like to know what we've been up to in the 24 months since this crazy ride began, read on

We have two lead singers and guitarists, Jon and Russell. Peter plays bass, and Kaycee plays drums.Russ' guitar effects pedalboard is bigger than his body

Kaycee can do a spot-on impersonation of almost anyone in history, except for Ron Paul

We spend a lot of time on the road.  We've toured 44 states and four countries, and toured the US with Tyrone Wells and Andrew Belle.  We've also gotten the chance to play some cool festivals, like SxSW, Cornerstone, the Alaska State Fair, and MusicFest NW.  We've grown to love a bunch of cities, and their residents, along the way

Our new record, Curtains, will be released November 13, and we're touring the US again in support of it.  We've only released one album so far.  It's called Wolves.   Its first single, "Back To You", spun on almost 100 stations in North America.   We're happy that other people besides our mothers buy our albums

It seems to us that playing music is about more than entertainment.  We've done our best to do some tangible good with the opportunities we've been given, and have worked with some organizations we believe in, like the American Red Cross, the American Cancer Society, the American Heart Association, the March Of Dimes, the Muscular Dystrophy Association, and Forward Edge International.  We'll be donating a percentage of the sales of our upcoming album to Tucker-Maxon, an amazing school for hearing-impaired children in Portland.  If you'd like us to play a benefit show for a cause that you, and we, believe in, please let us know

All told, we love what we do, and we're grateful to you for giving us a chance to do it.  Call us biased, but although we may not have the most fans, we are convinced that we have the best fans