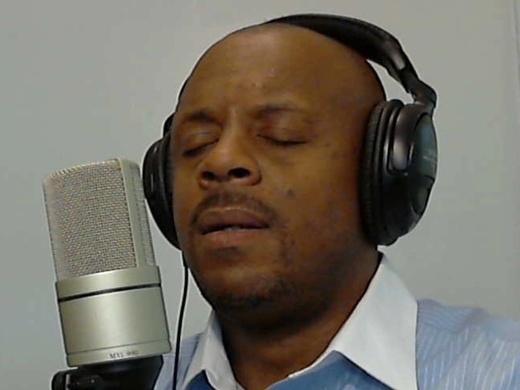 Damon Leon is a multi-talented singer/songwriter/producer from Akron, OH. Damon grew up singing and playing drums with various groups, choirs and bands. After being unanimously voted "Most Talented" of his senior class, his acapella trio, Phantusee (pronounced fantasy), was briefly signed to MCA Records. This was accomplished through a chance meeting with Richard Lafaver backstage at LL Cool J's "Nitro Tour" in Cleveland, OH.  Lafaver was the road manager for Rap duo, Eric B. and Rakim who had just signed a production deal with MCA. Unfortunately, due to problems with the groups management, they were released from the label. For years after, Damon refused to sing. Then, after winning several contests and singing with a blues band for 4 years, Damon began writing new material and decided to go it alone. Sadly, this solo project was soon derailed when he entered a deep depression after his second son, Damon Leon Smith II or "Baby Damon", passed away from SIDS at 6 days old. When he resurfaced, Damon then vowed to complete this cd and dedicate it to Baby Damon. He has tried over the years, through many struggles and limited resources, to fulfill this promise but to no avail. Damon is still devoting a significant amount of effort to this dream. He is in the middle of completing production on his debut cd, “Love And Life…One Man’s Story”. The first single, "Stay, For A Little While?" , is currently competing in the "You Got Soul Contest" on The Mellow Mix at wpbradio.com out of Baltimore, MD, and is currently in the semi-final round. Damon is also working on an opportunity to open for national recording artist "Mint Condition" in 2013. He believes that much of today's main stream R&B lacks the soul that this genre once had, and he wants to spark a return to the roots of emotionally stirring and thought provoking music. So be on the lookout and keep your ears open, because Damon Leon is…  The “New Soul” of R&B!