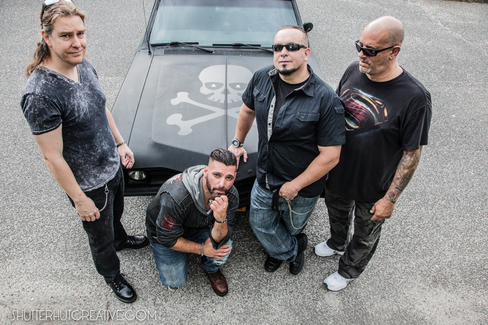 Dean James Silva has been playing music and penning songs since he was twelve years old. At the intrepid age of eighteen, Dean decided to hitchhike to California in pursuit of a musical career and the ultimate rock and roll lifestyle after many years of touring the clubs in NYC he has now decided to give back some of what he has learned. With a ton of credentials and write ups Dean James Silva stands amoung the best. Dean is currently recording his next EP ,that will be released in September of 2015

Dean James Silva's dynamic song writing and performances have earned him the praise of critics, LONG ISLAND SOUNDS call him "a virtuoso performer with a mile wide vocal range...an intense songwriter". THE ISLAND EAR wrote "Dean James Silva displays a high level of talent and versatility". These critics are not alone in noticing that Dean James Silva is a bright, new songwriter on the acoustic rock scene today. Dean James Silva has emerged dramatically as a singer/songwriter on Long Island and has performed in the most respected music rooms including THEATER THREE in Port Jefferson and in New York City. he has performed with premier national artists .