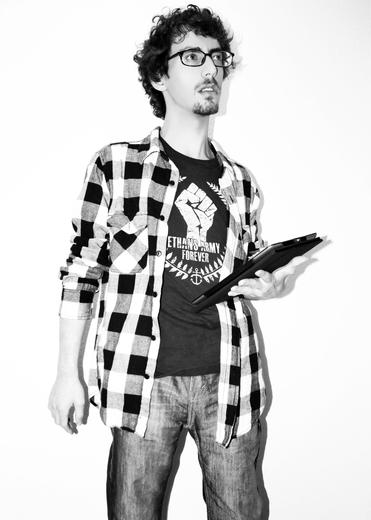 Dominic Luciano was born on October 24, 1992 in Paradise, California, and not long after his birth he was diagnosed with cerebral palsy. This, however, was the primary start of his musical career because he soon learned to play the piano as a form of physical therapy at the age of 2. Several years later he began taking classical lessons. In April of 2005, Dominic was diagnosed with Neurofibromatosis type 2. He has since had three brain surgeries, and a recent fourth brain stem surgery. Although the surgeries had little to no effect on his body, Dominic was restricted from activities that normal kids his age may participate in. Because of this, he began to write instrumental songs as well as record them. He would record 2 full CD's worth of material in 2006 and 2007.

When he entered High School in 2006, he enrolled in the school's jazz band. Several months later, he was named "Best High School Jazz Pianist" in Oregon courtesy of the University of Oregon Jazz Festival. In his sophomore year of high school, he composed a complete Jazz Ensemble score entitled "You're My Silver Star" for the North Medford High School Jazz Band. It was composed in the late part of 2007, and would later be performed in the early part of 2008. That performance would be his final high school performance as he was accepted to college full time at the age of 15.

Before Dominic left high school, he released an EP entitled Opposite of Normal EP. The final song on the compilation was a demo of "Terminal". Although it was a demo, it was his first song publicly released that featured vocals. At that time he was in a band named "Furthermore" who ended up re-recording "Terminal" as a faster paced song. "Terminal" was later uploaded to the charts on OurStage.com, and ended up breaching the OurStage Indie Top 40 category. It also made the Top 40 for several other competition categories.

Dominic released his second EP in late 2008 entitled One Last Dance EP. It was an instrumental dance/techno/electronica compilation that featured a remix of the song "My Everything" from his first CD, Opposite of Normal EP. The next several months were spent writing and recording new music to finish up his third EP, The Last Weekend EP, which was released June 5th of 2009.

All of Dominic's past material was pulled last year to make way for his industry debut release in 2013.