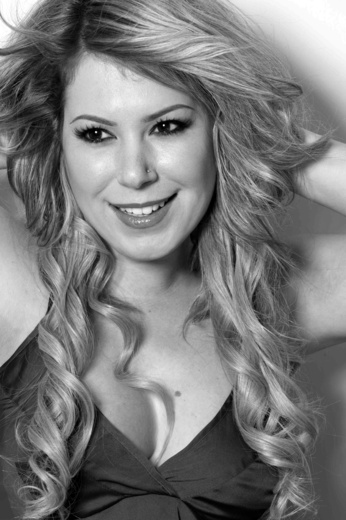 When I sing, I feel like when you're first in love. It's more than sex. It's that point two people can get to they call love, when you really touch someone for the first time, but it's gigantic, multiplied by the whole audience. I feel chills.

Much of Donna Ferra’s sound comes from a long list of musical influences (Kasey Chambers, Janis Joplin, Danny Michel, Luke Doucet, Shania Twain and Johnny Cash). Her style of melodies have been compared to the Bakersfield country sound. She has always been one to look for the unique accent of a country song. With her innovative variety, Donna Ferra is a cutting edge country girl!

Donna released 4 more singles off of that album, as well as releasing a Christmas single, all which landed her a CCMA Showcase in Calgary at Country Music Week.

With the success of her second single in mind, Donna and her team released another song “Between Hello and Goodbye” this time a beautiful ballad featuring Doug Cox on the Dobro. This is what a few people said about the song;

“Between Hello and Goodbye sounds like a classic with a great melody and lyric”   David Quilico Sony Music.

“Between Hello and Goodbye speaks to me and shows off Donna’s vocals”   Harlan J Smith Royalty Records.

From there Donna engaged in radio interviews across Canada, she spent most of 2003 to 2005 touring summer festivals in Ontario performing and building her fan base. Some of these festivals had her opening for Jason McCoy, Doc Walker, Aaron Lines, The Good Brothers, Blackhawk, Ronnie Hawkins, and many more familiar faces in country music.

Donna also travelled to Nashville many times to perform in the local songwriter rounds and write. Donna has performed at some of Nashville’s most credited venues such as The Broken Spoke, Blue Bird, The Boardwalk Cafe, The Commodore Sports Bar and Douglas Corner.

Waited Long Enough achieved so much success for a debut album it was hard to believe there was more. Donna signed a National Distribution deal with Page/Koch Canada and by the summer of 2004 “Waited Long Enough was in HMV stores across Canada. In 2004 and 2005 Donna, her team and the album received 11 top ten CCMA nominations and a Ontario Country Music nomination for best new artist. It couldn’t get any better than that.

Early in 2005 Donna released “Freespirit” to country radio again picking up over 20 stations in the first week of tracking, radio was responding. Donna Ferra is here to stay. By the Spring Donna released her fifth and final single from her debut album. The Performance of “Waited Long Enough” made such an inpact, it was time to make another record.

By 2006 Donna was ready to go back into the studio to record new material. At that time she had accomplished not only radio excitement but had been aired on multiple television shows including Daytime in Collingwood,ON, Behind the Song in Tilsonburg, ON and Toronto’s own Toronto’s Talent.

While in the studio Donna had the opportunity to co-produce her new material with producer Peter Linseman and really create the right sound. She had the honor of working with some of Canada’s most celebrated musicians such as Gary Craig, Charlie Cooley, John Dymond, Rob Brown, and Danny Michel.

In 2006 Donna was requested to host the CCMA New Artist Showcases with East coast country star Al Hooper. As well as being a guest singer for one of the conferences that year.

It’s been a few years but Donna is finally ready to release new music. After a long time away from the scene Donna feels that her new songs will allow everyone to get to know her again. With a new self titled album on the way, a new style and the feeling of excitement, Donna Ferra is back.