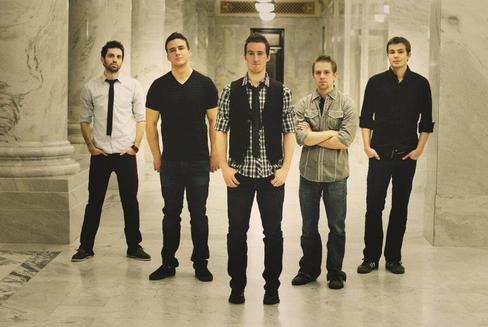 About Double or Nothing

Nick Whitesides is an American Singer Songwriter from South Ogden Utah. He started writing music at age 16 and has since written over 600 original songs. He began to play music with his friends Derek Crowell and Matt Wheelwright and started a band called Double or Nothing. Soon after, Nate Smeding would join them as drummer and David Batt as lead guitar. In 2013, they went there separate ways due to the normal obligations of life. Nick being the lead singer and writer, continues to play music under that of Double or Nothing as a solo acoustic act.

Double or Nothing is a refreshing new take on alternative music that blends a warm, vocal tonality with acoustic and electric guitars complimented with bass, drums, and an electric violin. The way in which the electric violin is utilized is truly innovative.  Not only can violinst Matt Wheelwright shred the fiddle, but when used in conjunction with delay, phaser, distortion, & live-looping, it’ll have you second guessing what you thought was possible during a live set.

The band consists of 5 members from South Ogden, UT and have been playing and recording together since July of 2004.  Not only does Double or Nothing have over 7 years of playing experience together, but through the journey have become a close-knit group of friends.  The lead singer, Nick Whitesides, has over 350 originally composed songs.  Upon peforming an original song for One Republic, frontman Ryan Tedder compared Nick’s singing ability to that of Chris Carrabba from Dashboard Confessional stating that “you’ve got balls!”

Their first full-length album entitled “Silhouettes Fade” was released Nov 2010.  A review of the album can be found here:

Check out famous YouTuber/actor/comedian Sean Klitzner and what he had to say about the band Double or Nothing:

Double or Nothing is quickly gaining ground in the music world and has received many notable praises from artists including: One Republic, the Neon Trees, Johnny Lefler (Dashboard Confessional), Monty Powell, Quiet Drive, and Brooke White.  The band is currently writing and recording songs for their next upcoming album.  Double or Nothing has the ability to adapt to any venue and has always had the highest priority of putting on a good show and leaving listeners with memorable experiences.  Whether it be an intimate coffee-shop acoustic sing-along or a high energy rock concert, the band’s focus has always been and will always be to connect with others through music.  One thing is for sure, Double or Nothing won't dissapoint and will leave you wanting more.

Thank you to everyone who has supported us, purchased our music, or been a friend of Double or Nothing!  We would love to get to know you! 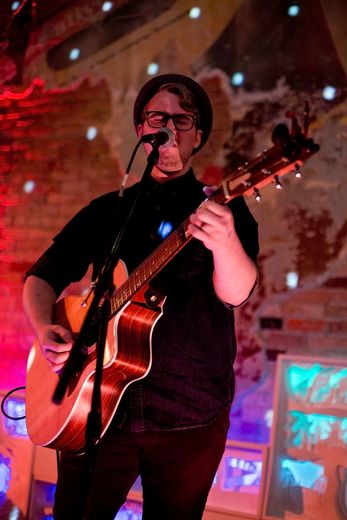