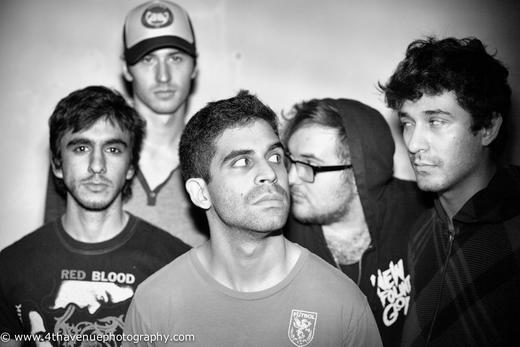 Indie Dance Rock band D.V.N.O. is looking to make you move. The band formed in 2010 with brothers Marco and Jacob Baez. The brothers envisioned a full band with a dance sound influenced by the electro music they grew up listening to. In early 2011 the Baez brothers parted ways with their bassist, but in trade found guitarists Brock Lamon and Panch through an add on craigslist.  Later in the year the band finalized their lineup with bass player Jake Strunin, and released their first full length album "Dance With Me!". The current lineup has exploded onto the South Florida Scene gracing the stages with several nationally touring acts such as Deas Vail and secured a spot on the SunFest 2012 line up alongside Matisyahu, Passion Pit, Coheed & Cambria, The All American Rejects and many others. That summer they played the Ourstage.com Stage of The Vans Warped Tour and started recording an EP.

Kate B of ourstage.com had this to say, “Stylistically, D.V.N.O walks the line between gutsy dance rock and emotionally charged pop-punk, a combination of Taking Back Sunday, The Strokes, and The Black Kids. On the emo end of the scale you have tracks like the turbulent “One Last Time.” But with “Dance With Me” it’s back to what the band does best: frantic, percussive rock with a lot of heart. Lovelorn spazzes, manic dreamers—this one’s for you.”

Hear what Kate B had to say in ourstage.com's August feature