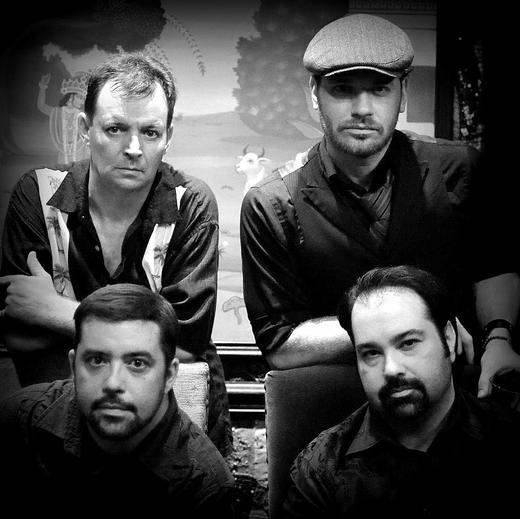 Back To Blue was formed in Waxahachie, Texas in 2004 by Eric Jordan (lead vocal/guitar) and Rick Fontaine (guitar/vocal), with Paul Blanchard (bass/vocal) and Carl Edmison (drums/vocal) more recently completing the lineup. Frequent shows on the local bar and club scene have honed the band’s performance skills and led them to inject into their repertoire a diverse mix of classic rock and blues standards as well as more contemporary hits, all branded with the band’s distinctive sound.

Band can use the house P.A. or provide their own sound and lighting for an additional fee.
Stage Plot: 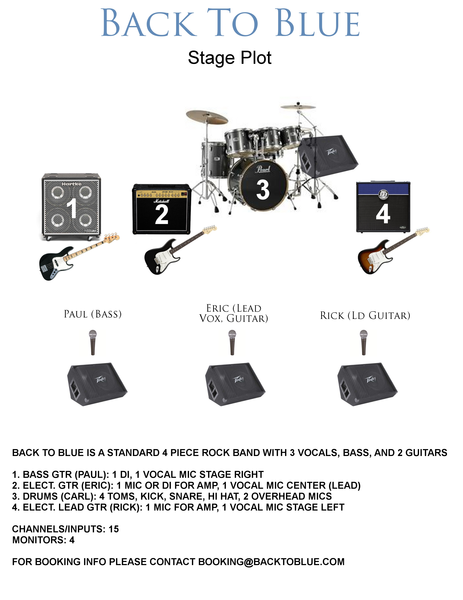 Back To Blue find their sound in Ellis County by Waxahachie Daily Light
For the past four years, Back to Blue has been the house band at College Street Pub, offering downtown Waxahachie partygoers a taste of New Orleans-styled live music and leaving standing room only...
p
A
n
E
F
Song Title by Artist Name
987654d
LM
iAnEAqqqq