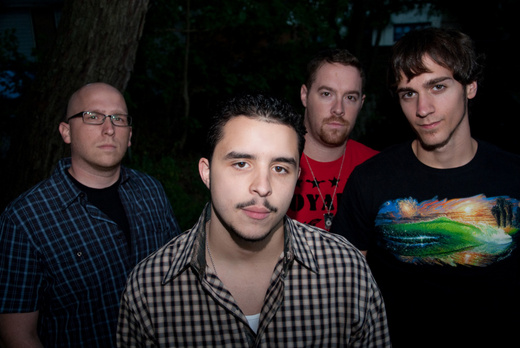 Bearin' Peace is straight out of North Jersey and is quickly building a name for them selves by blending together a clever mix of reggae and rock n' roll music. In there relatively short career they have had the pleasure of sharing the stage with some legendary acts including reggae legends Bob Marley's Original Wailers, Funk pioneer George Clinton and the parliament funkadelic, reggae legend Bankie Banx and more. With tons of live music and festival experience B.P. thrives on large crowds and has a reputation for an energetic live show that has been known to please audiences of all kinds.

Center mic is the lead singer and two side mics are for backround.

The Aquarian online by Tim Louie
Lately, I’ve been getting my inbox stuffed with emails from bands asking me to check them out. That being said, one band that had such persistence was a Rock/reggae band out of Bergenfield, NJ,...
Band Gig to Benefit Project Graduation by Steve Kelman Twin-Boro News
An up-and-coming band with Bergenfield roots will be "bearing" down on Bergenfield High School’s Project Graduation.The group, Bearin’ Peace, will perform at a fund-raising concert from 6:30 to 9...
Bearin' Peace - Disturbin' the Peace by Travis Downs, April 21, 2011
Up for a little reggae-rock? Poke your head in the B.B. King’s Blues Club and Grill on April 23 to support the sounds of a local Bergenfield act, Bearin’ Peace. The group has released two albums,...
p
A
n
E
F
Song Title by Artist Name
987654d
LM
iAnEAqqqq