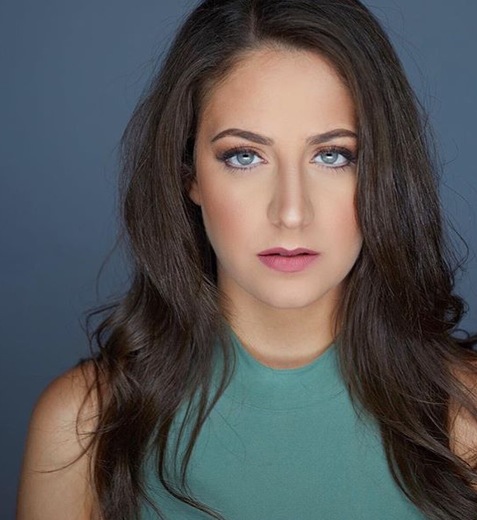 Singer Songwriter Bess Beckmann splits her time between Los Angeles and Atlanta. Originally from Atlanta, Bess relocated to Los Angeles in junior high, immediately immersing herself into the Los Angeles acting and music communities. A talent agent discovered her at an acting showcase when she was 14 and signed her to his agency. Acting work shops, writing and vocal lessons with the prominent vocal coach Lis Lewis, as well as acting auditions, became her daily routine. She quickly realized that, although she loved acting, music was her true passion. With the ability to express herself through music, she became a storyteller, crafting lyrics that were honest, real and relatable. She combined these lyrics with memorable melodies and hooks that range from somber to upbeat. Her lyrics and melodies provided the perfect backdrop to showcase her beautiful emotive voice.This talented artist has a unique tone which, combined with the vocal prowess and style of an old school R'n'B artist, seems effortless and natural. It's evident that growing up in a household listening to music by incredible artists such as Eric Clapton, The Beatles, The Doors, Pink Floyd, Hendrix, Stevie Nicks, Janis Joplin, Joni Mitchell, Bill Withers, Muddy Waters, Etta James and Fiona Apple that they would have a profound impact on her, not only influencing her style of writing but her singing, as well.

Bess was named as one of "Twenty to Watch" in 2012 and 2013 by the Los Angeles Examiner. Nominated in both 2012 and 2013 for The LA Music Critic Awards in multiple categories, Bess was also featured on Kings of A & R in 2012 and 2013 as an artist pick and also named on their list as one of "Eight Emerging Artists to Watch". Her song "Better Off Without You" debuted on iHeart Radio in August 2012 on the Top 20 Chart for most in demand songs at #10 and quickly rose to #2. She won The Songwriter Universe "Best Song Contest" twice in July 2012 for "The People the Places" and in September 2013 for "It Only Takes A Minute". Her song, "All We have Is Time", was written specifically for submission for the movie "Twilight Breaking Dawn Pt.2", showing the diversity that Bess has as both a songsmith and songstress. Recent placements include MTV,VH1, E, Bravo and Oxygen Networks. She is a member of NARAS and BMI. Bess also has endorsements with Gibson Guitars, Sennheiser and TC-Helicon.

She teamed up with grammy nominated producer/writer David Schuler [P!nk, John Legend] to pen, "It Only Takes a Minute",for The Global Jam School Campaign and now this pop gem is promoting a very special cause. "It Only Takes a Minute", coasts from an energetic guitar twang into an arena sized chorus emblematic of the songstress' massive range. The song takes less than a minute to fall in love with, as it is an immediately infectious and invigorating anthem. The song debuted on both Power 96.1 in Atlanta and The Today Show on August 20, 2013. The song is used as the official theme song for JAM and is played in schools throughout the world. The Jam School Program is backed by Michelle Obama and The National Fitness Council, raising awareness of childhood obesity helping to integrate exercise in the classroom as well as the corporate work place.

Over the past year she has been collaborating with and toplining for some very prominent writers, producers and artists. This is in addition to writing for her own project.

Bess' "The People The Places” Named July by Songwriter Universe
Bess, a promising pop/soul/rock singer/songwriter who commutes between Atlanta & Los Angeles, has won the SongwriterUniverse “Best Song Of The Month” Contest for July, for her song "The People...
Kings of A&R Picks by Buzz Track "Better Off Without You"
Bess, a 19 year-old singer songwriter’, self released a new single “Better Off Without You” which debuted on iHeart Radio on the Top 20 chart. She won the Songwriter Universe Best Song Contest and...
Top 8 Emerging Artists by Posted in Kings of A&R
The Top 8 Emerging Artists… 1) The Unlikely Candidates – Follow My Feet 2) Sonnet – Oh You’re The One 3) Irontom – Mind My Halo 4) Dynasty Electric – Eyes Wide Open 5) Bess – Better Off Without You...
Twenty to Watch in 2012 by Robert Leggett -Los Angeles Examiner
Bess (www.facebook.com/bess.music) - Although still a teenager, Bess has shown tremendous potential with her songwriting and vocal abilities. Already a hit on YouTube, she is poised to release her...
Bess The People The Places & Better Off Without Yo by Nanobot Rock Review
At the risk of sounding like an over anxious blubbering fool, ah screw it. The new Bess single is here! We’ve refrained from diving too deep into Sarah Beckmann’s enticing singles like children...
You Should Know BESS....... by Jib Jabble
Sarah “Bess” Beckmann is a 19 year old singer/songwriter from California with a sound all her own- which you all know REALLY excites me!
TWENTY TO WATCH IN 2013 by Robert Leggett- Los Angeles Examiner
Bess - This young 19 year old singer songwriter has taken the east coast by storm since moving to Atlanta last year. She was nominated for an LA Music Critic Award for Best Single. Already a member...
BESS Artist Spotlight by PensEye View
Every once in a while, we feature an artist that hangs out with us just before they go humongous, all over the world, insanely huge; just before they fly into stardom. Today’s feature, Bess, is...
2012 LA Music Critic Award Nominees by Robert Leggett-Los Angeles Examiner
I have been fortunate enough to have been around the music industry for the past 15+ years. During that time I have seen and heard some of the most incredible indie music acts, several of which...