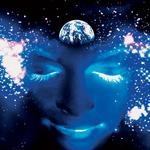 Big Sky Blues Band is based out of Missoula, MT and blends the digital world with the analog world to make an ambient blues/rock/jazz sound that is better defined as a mind expanding adventure.

A well defined sound that delves into a broad spectrum of sound scapes and tonal quality of a large ambient symphony with the edginess of the blues. The band originated in 1978, but remained nameless until 2007.

Allen Warren's blues roots stem from the road houses of Texas to the Mexico border towns. After relocating to Montana his music style expanded into the New Age sound of digital electronics and synthesizers. Ever searching for that perfect blend of the analog with the digital world to meld an atmosphere to carry the melodies of a crying guitar singing the blues.