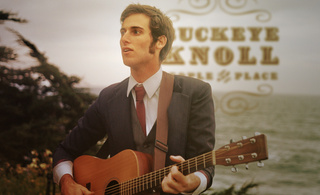 A Story Buckeye Knoll’s story begins in the deep wilderness of California while songwriter Doug Streblow was taking a sabbatical from life. He took a backpack, notebook and guitar and emerged months later with a notebook full of songs that would become Buckeye Knoll. Part pop, part folk, part rock, Oakland, California based Buckeye Knoll brings to life stories from the far away places in all of us.