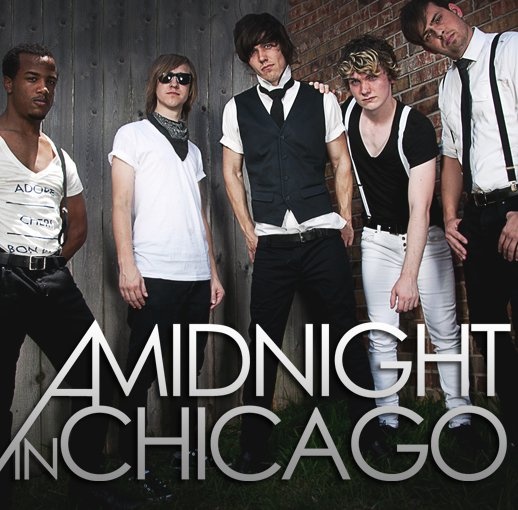 A Midnight in Chicago

A Midnight in Chicago is an American/Canadian 5-piece rock band, formed in Houston, Texas in 2008. The band has been described as a variety of genres, most commonly pop punk, alternative rock, and hardcore pop. Based out of Houston, Texas, the band consists of Canadian siblings: NICK, SEB, and DAVE. Also in the band are JEFF on the drums and IVAN on the bass guitar. According to SEB and NICK, the band's rival frontmen, the band's sound is influenced a lot by hardcore and pop punk artists, past and present.

Either D.I. or mic for bass

Lead vocals only requires one stage monitor, but two is preferable. 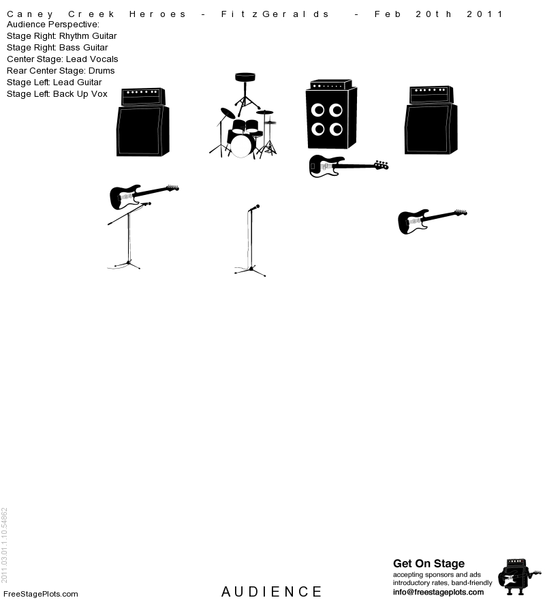 Heroes spend Thursdays in Satellite by By Emily Holly
With Fall Out Boy-inspired guitar riffs, Blink-182-esque vocals and a unique blend of lyrics and quirkiness comes local Houston punk powerhouse Caney Creek Heroes, who have big dreams and an even...
First Times a Charm for Caney Creek Heroes by By Emily Holly
Upon picking up Caney Creek Heroes’ album, “Forgetting Yesterday,” one can’t help but be immediately attracted to the cartoon artwork on the cover.It was drawn by vocalist Nick Fisher; other...
Caney Creek Heroes by BandHack
They say everything is bigger in Texas and local band Caney Creek Heroes out of New Caney, Texas is, without doubt, the 194 oz. steak of local Texan pop/punk.If you have any inclination towards...
A Midnight In Chicago by
Don’t let their boyishly good looks and charm deceive you; the fellows from A Midnight In Chicago are not here to power ballad their way to your heart. Describing their sound as a hybrid of “1920’s...