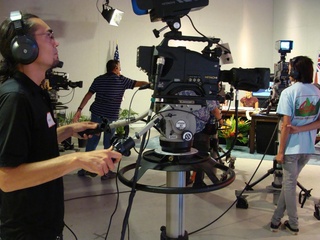 DreamTyme Films is a Maui based, video production company, specializing in manifesting dreams into reality.

Frank W. Pulaski III is owner and sole operator of DreamTyme Films. He serves as Producer, Director, Cinematographer and Editor and is always looking for aware and creative people to work with.

One of my favorite subjects to film are Bellydancers. I 've filmed Ansuya Rathor, Rachel Brice and Kami Liddle of the Bellydance Superstars, Kajira Djoumahna of BlackSheep Bellydance, Lorraine Hanson and many talented Maui-based Bellydancers, as well as, Flamenco, Indian, and Modern dancers.

My short film, "A Meaningful Life" was nominated and screened at the Swansea Film Festival (2006) under the "New World" category. It was written, filmed and edited in 3 days for a class project.