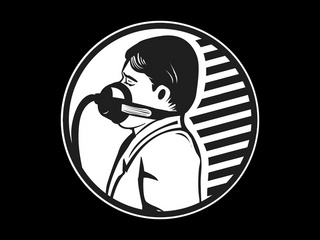 Drugstore Fanatics is an Ambipulsive Rock entity originally formed by drummer Aviv Cohen and guitarist/vocalist Daniel Brecher in Tel Aviv Israel, later to be joined by Ryan Collier (formerly of Opus Dai) and Koichi Fukuda (formerly of Static-X) in Los Angeles. Their debut, entitled What’s Born in the Basement, has been receiving great responses from fans of the Industrial/Ambient, Alt Rock scene since its independent release and is available for free download through their website DRUGSTOREFANATICS.com.

STATIC-X Guitarist Joins DRUGSTORE FANATICS by BLABBERMOUTH.net
STATIC-X guitarist Koichi Fukuda has joined DRUGSTORE FANATICS, the Los Angeles, California-based "ambipulsive rock entity" originally formed by drummer Aviv Cohen and guitarist/vocalist Daniel...
Interview with Drugstore Fanatics: Why What’s... by
Every ten years or so an album comes into one’s life that can only be described as, well…epic. I remember clearly that last moment this happened to me. It is burned into my brain as a flashbulb...
RiO! Band of the Week – Drugstore Fanatics by
We got ourselves a doozy for the RiO! Band of the Week. They hail from Los Angeles and they’re known as Drugstore Fanatics.Dark, moody rock with a Nine Inch Nails feel to it, Drugstore Fanatics...
Drugstore Fanatics Energize The Rock World by
Every once in a great while, a tune, a riff, a song, just grabs you by the throat and shakes you to the core. You could be driving down a highway, top down, radio turned up and then it starts...