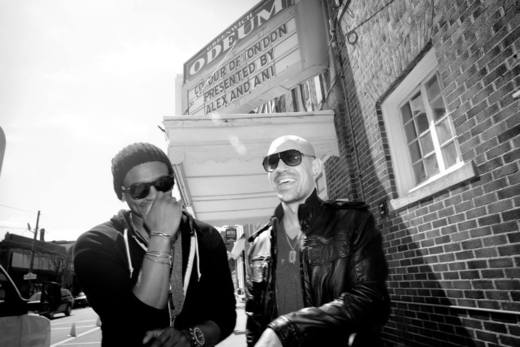 As shady as it sounds, we met on Craigslist,” explains Nate, who responded to an ad posted by Jimmie some time in 2009. They spoke on the phone briefly about Jimmie’s search for a guitar player.
“But there was a bit of divine intervention involved,” Later that week, Jimmie and Nate happened to meet on the set of a television show. They were introduced as strangers, realized the coincidence and quickly became friends.
The two started out playing Jimmie’s solo material at shows and writer’s rounds in Nashville. In the studio, Nate would play guitar on Jimmie’s tracks; naturally they began writing music together. After awhile it was clear that there was a shared vision. Both had moved to Nashville as individual musicians in serious pursuit of their careers, and they decided to move in that direction together.
“Some time around September or October of 2012, we had the realization that we were the creative core of Colour of London and had to move forward as a duo. Then we sat down and watched Will Smith’s “Just the Two of Us” over and over on Youtube. No, we didn’t.” -Nate Woodall