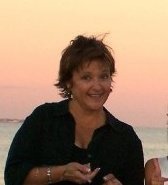 I am a singer /songwriter and fine artist ,living in Gallatin Tn.I use to have a Country rock band in R.I and toured the east coast back in the early 80’s  but moved to Nashville in 87 to pursure a career  in songwriting.Won several awards for songs I have writen or co-writen,also won vocalist awards from the early 80’s when I had my band called Gerri Rowan & Cross Country .(a country rock band with some originals.

In moving to NAshville and joining the  songwriter organizations… I was accepted onto many ascap workshops,,and also won awards  for  female Songwriter of the year "the Tenn Songwriters Assoc. I also was a a song evaluator for the NAshville Songwriters Assoc International from mid 80’s to early 90’s till I got my writing deal in 94
Have performed on the Grand ole Opry’s Christmas choir many TV  shows on the Nashville Network.. about up and coming songwriters…and invited to write with various artsists coming up the ladder. I play guitar ,but consider my voice to be my true instrument .My writing is  varied..from folk to country ,blues, country rock and insporational,positive country.. and some gospel. Early on  moving to NAshville ,.I wrote a lot of sassy  opinionated female tunes ..lol  and had a number one on Our stage with a tune I wrote called  “A Little Too Redneck For Me” Having been born and raised in New England…It was a bit different  and Nashville has a melting pot of infliuences from LA to Boston…and of coarse there are some truths to country bumbkin rednecks…YES I have met a few! My songs are all in fun…especially Guys Worth Dating and In The Mean time (about PMS )  Antyway …take a listen and see what strikes your fancy .

Afer having major back surgery two  years ago…I am slowly getting back into the  groove of things and hope to be out performng once again.I have some writers shows coming up in 2013…I ’ll keep you posted ! I tend to jump all over the place when I write about myself hope you can follow me!

I have had indi cuts …no majors yet !( I say YET)  I perform in Nashville at various writers nghts these days .Enjoying drawing and also have a website for my art.

I custom design so take a look !