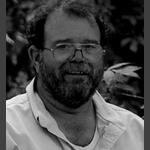 A multi-talented self proclaimed legend in his own mind. Ralph has been a singer song writer since his Grandmother gave him his first guitar at age 11. He has starred in a multitude of community plays. His most unusual roles to date would have to be Dr. Von Scott, and Eddie in The Rocky Horror picture show. He has also starred in The Haunting of Hill House and The Soapy Murder Case.

Ralph has insanely invested his time in flying hang gliders (being one of the first to place a motor on it, and building them as well.) He has also been known to jump out of perfectly good airplanes, just for fun! His wife is very happy that he has given this hobby up in favor of his "television" career. Ralph is an avid video photographer and editor and has even had his own show on local cable, "Ralph Around Town". You can find some of his "stuff" on the links below.

Ralph has survived 25 years as a law enforcement officer as well as an instructor at the academy.

Ralph is no longer involved in law enforcement and has "retired on active duty" by becoming a SCUBA & Kayak instructor.

Last but certainly not least Ralph has been blessed to have played on local stages in Jacksonville for 3 years playing his original compositions. Ralph has now relocated to Gainesville and has been blessed to become part of the Abiding Savior Lutheran Church Praise Band with his wife who plays percussion.