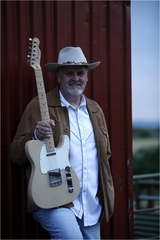 The Disease Of Addiction To Opiates by Jeff Tuttle Blog
The Disease of Addiction" I am a person in long-term recovery from drug dependence opiates which means that I have not used drugs or alcohol in the last 7 years. I am also an entertainer singer,...
CD Review by Dan Seals by Dan Seals
Recent Review By Dan Seals www.atlantacountrymusic.com JEFF TUTTLE - LIVIN' LIKE A MILLIONAIRE (aint got a dime) With all respect to all the greats of country music, what we hear on radio and buy...
CD Review by Ken Rosenbaum by The Toledo Blade
LIVIN' LIKE A MILLIONAIRE (AIN'T GOT A DIME) Jeff Tuttle (Self-released) Born and reared in Monroe, Mich., Tuttle is a refreshing newcomer on the country scene with his debut disc of 12 solid...
p
A
n
E
F
Song Title by Artist Name
987654d
LM
iAnEAqqqq