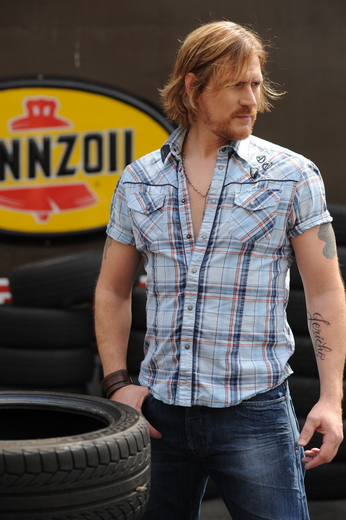 From gospel and rock’n roll, to country music artist; what a wild ride for singer songwriter, Jordan Doell.

“It has been a thrilling experience to produce music in many different styles and genres” said Doell. “It’s part of creating and having music flow through you.”

Since the release of his sophomoric album Politically Incorrect, Jordan has been honing his songwriting skills in Nashville; collaborating with Patricia Conroy, Danick Dupelle, Aaron Goodvin, Buddy Owens and Byron Hill. These creative sessions produced a number of well-crafted songs for Jordan’s new album appropriately titled, Right Back Where I Need To Be. The album is due for release across Canada in spring 2014.

Jordan kicked off the year with a bang with the recent signing to Southbound Records and says he is thrilled about the opportunity to work with its president Casadie Pedersonand distributor Entertainment One Canada.

“It’s really great to have Southbound Records on board for my third album,” said Jordan. “I’m really excited for the first single release from this new project.”

“Let’s Drive” was co-written with Danick Dupelle of Emerson Drive and Kirk Bewer while Jordan was on one of his many songwriting trips down south in Nashville.

The future looks bright for Doell as he releases his new album and continues his songwriting excursions south of the border. Look for Jordan Doell’s new album, a collection of ten songs delivered with heartfelt passion and produced by fellow Canadian Bob Funk (Patricia Conroy, Beverly Mahood).

The album is sure to deliver on the promise of an artist truly hitting his stride with a provocative and inspired collection of songs that will excite fans and showcase the amazing vocal and performing talent that has lead Jordan Doell right back where he needs to be.