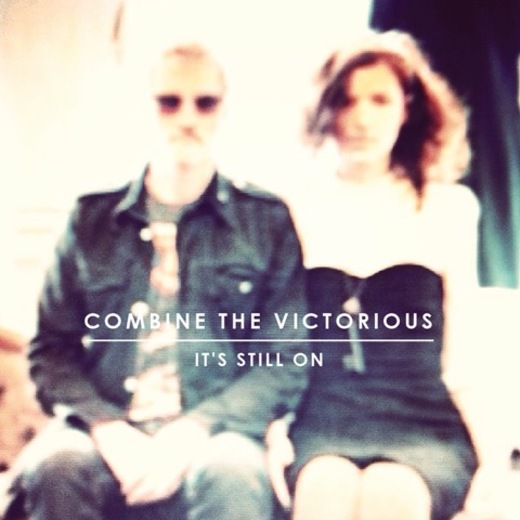 Combine the Victorious began in the Canadian prairies and the rolling fields of Scotland.

Mark Roland Henning, born in Flin Flon, Manitoba, was once a member of Canada's most dysfunctional rock band, Pure. He is currently a record producer in Vancouver, BC, and proudly writing music with Isabelle Dunlop. Isabelle, from Ayreshire Scotland, made her name in Vancouver first as a designer (Isabelle Dunlop), shop owner (The Block), and more recently as a singer (Sex With Strangers, Guilty About Girls). The two have been married since 2000.

Combine the Victorious was initially born of a date night. Right from the start the two knew something special happened when they did music together. The very first song they wrote became a television theme song: Blue Kitchen (About a Girl). Their debut, The World Over, had seven of its eleven songs used in television placements and was awarded "Best Local Album" by Tom Harrison of The Province.

CtV followed up their debut with the slightly darker Disagreements ep: this time joined by former Pure guitarist Todd Simko on songs Decay and Back in Style. The song "Please" (co- written with Ingrid Schroeder and Barry Flynn) was chosen by Spin magazine to be featured in their new music program (with WFNX in Boston).

By 2011 Isabelle and Mark returned their focus exclusively on Combine the Victorious. They began performing small local shows to hone their new material. On May 1-2012 CtV released their first new single and video - "Glasgow". They followed that up with their Greek summer love song "Paros" on July 27-12.

“I love the way you dance”, “I thought I didn’t like electronic music but now I do !”

Songs inspired by the burns of Scotland and the crisp mystique of Norway combined and created in Canada ready to be released and performed to the world .

Review for The World Over by Tom Harrison
"Combine the Victorious opens it's album with a synth line and a power cord that recalls the Who'sWho's next album.It's a deliberate attempt to make you recall a proven album /sound and makes the...
p
A
n
E
F
Song Title by Artist Name
987654d
LM
iAnEAqqqq