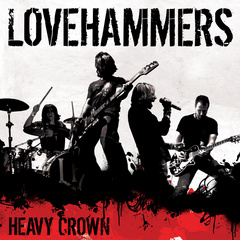 LOVEHAMMERS’ triumphant new disc, HEAVY CROWN, restores faith that heartfelt rock and roll can still thrive. With an inimitable and unpretentious sound, Chicago’s homegrown heroes punch out an album of thought-provoking, hook-injected airwave contenders that are long on hooks and incendiary riffs.

“Heavy Crown is Lovehammers firing on all cylinders,” says bassist Dino Kourelis. From the explosive opening salvo “Guns” to the soaring “Honest I‘ll Wait,” Lovehammers nail a variety of approaches with expert finesse. With sonic jewels like “Your Time, My Time” and the infectious “Oh My Baby” forging a direct line to the any self-respecting rock music fan, Heavy Crown offers a refreshing respite from today’s over-compartmentalized musical climate,

Yet for all of its creative achievements, Heavy Crown carries some of the weight that its title suggests. Lovehammers have survived the blessings and curses that came their way when vocalist Marty Casey became a household name, earning the adoration of millions of television viewers as the runner-up on the 2005 reality series ‘Rockstar INXS’. Casey, guitarist Billy Sawilchik, bassist Dino Kourelis and drummer Bobby Kourelis found themselves the recipients of a major label deal that didn’t live up to its promise. As it worked to wrangle itself out of a series of unfavorable business arrangements, the foursome’s decade-plus loyalty to one another was tested.

That allegiance ultimately persevered and Lovehammers hatched a plan to remix and re-release some of its signature songs on its own terms. But before too long, Heavy Crown turned into the band’s first new studio disc in three years. “I didn't want this record to sound like anything we have done previously,” Marty explains. “Personally I wanted to challenge myself in the writing process. I wanted it to be a combination of light and dark. I wanted to break free of every song being about personal life stories. The writing of the song ‘That’s Life’ was a direct attempt at focusing the lyrics on the lives of other people and trying to make a point. Of course, in the end most of the material is a storyline of my life and I tried my best to make it as honest as possible and tell stories to get some things off my chest.”

The exceptionally memorable “Find Your Way” was an opportunity for the band’s drummer to do the same. Says Casey, “I have no idea if it’s true or not but I always thought that Bobby wrote that song about me. He was upset with me for quite some time about some decisions I had made. It felt like he was making a statement to me like, ‘Open your eyes and figure out where you are.’ It might not be true but I like to think so as I often enjoy living in my imagination.”

That healthy exchange of ideas has been an integral part of Lovehammers’ song quality control during its dozen years as a recording unit. With a back catalog of four albums and three EPs (see discography below) and friendships that date back to their Hickory Hills Little League days, the band’s chemistry can’t help but be special. “This band is extraordinary,” says Dino, “in that we have known each other since we were 8, so we aren’t afraid to speak our minds to each other in fears of hurting feelings. In most cases, the person that has an idea for a song knows it needs work and asks the band to help develop it or make it better. In general, we just try to have fun and enjoy ourselves.”

Taking song ideas, tearing them apart and reassembling them to get the most out of each track, the group’s self-professed “Lovehammers manipulation machine” can take a bare bones song and morph it from an acoustic jam to a full-on orchestration. From there it’s on to tracking–which the band did in Chicago and California with the help of producer Marti Frederickson (Buckcherry, Pink, Faith Hill, Papa Roach). From there, Anthony Focx was brought in to mix the record.

“Anthony had just finished working on mixing Aerosmith, Metallica, and Buckcherry–all bands that are definitely rock with big pop sensibilities. I thought he would be perfect for us,” Dino says. “His passion, dedication and love for this record is something I haven’t seen before from someone that was not in our band.” Or as Bobby says succinctly, “He's a rock guy that gets what we are trying to sound like, and knows what we should sound like.”

For Sawilchik, Heavy Crown was an opportunity to stretch his guitar-tistic boundaries, whether he was in the studio proper, in Dino’s basement or at Chicago Recording Company. “We never really had a serious discussion about where the album should go stylistically,” he says. “When we were arranging and writing the songs, my main goal was to avoid shying away from the tried and true chord progressions and arrangements.”

That focus may be most evident on the uplifting title track. “That song means a lot to all of us but the depth and potency is the same,” Marty says of the tune. “The tone of the story came from life experience and we knew we were bold enough to make it as epic as possible. We were simply trying to make the music feel as bold as the message.”

Adds Dino, “Marty has grown a lot and is not really afraid to show his emotions in his songs or leave himself vulnerable. When Marty asked me to help out with the lyrics, I know he had someone in mind while writing it. I told him that I was going to approach it as if it was a message to my 90 year old grandmother, if she was on her deathbed. She raised 12 kids, countless grandkids and she’s basically the strongest woman I know.”

“We weren’t splitting the atom when it came to chord progressions or arrangements,” Billy injects. “The trick is to convey a song with conviction and authenticity. I think that comes across in our music because we really love what we do and it is important to get that passion across to the listener.”

With Heavy Crown, Casey hopes that each song finds a home. “I want ‘Your Time, My Time’ blasting at a summer barbecue. As for ‘Oh My Baby,’ I just want to keep to myself. When you write the goodbye letter and watch someone you love walk off into the sunset, you don’t really want to mail it. You’d rather burn it.”

Now that the band has returned to Lovehammers--after being forced to alter their title to put Marty’s name in front for their lone Epic Records release--the foursome has come full circle, releasing Heavy Crown via its REEP label with distribution through Fontana/INgrooves. “We have control again and feel comfortable returning to our original name,” says the frontman.

“We’ve been together since 1988,” Casey continues. “There are not many bands that have spent nearly their entire lives together. When you stick together this long, you are bound to become your own unique thing. We just tried to write songs that we like and we would listen to. For Heavy Crown, we said ‘Let’s just put everything into these songs with no care of the synchronicity of the songs on a whole.’ It’s funny that they all seem to work well together in the end.”
Expand

Play
Your Time My Time 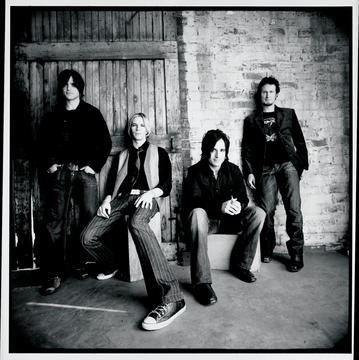 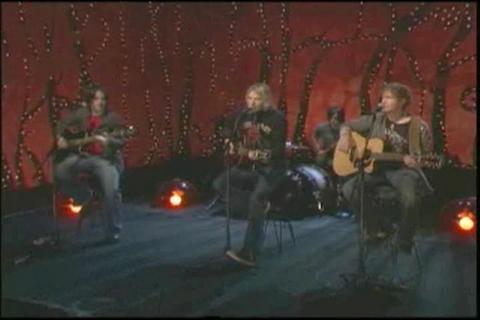 Play
Your Time My Time

Play
Into the Insane 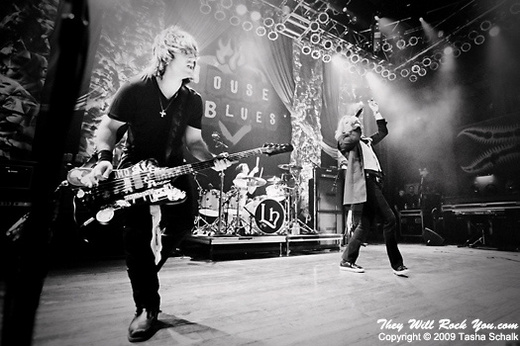 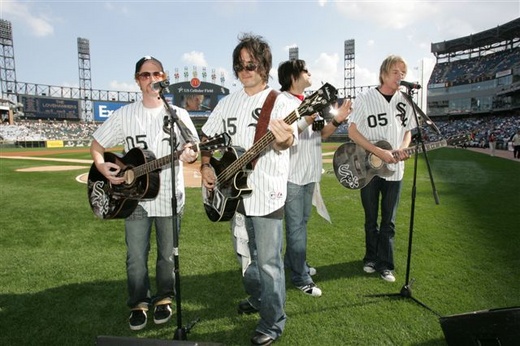 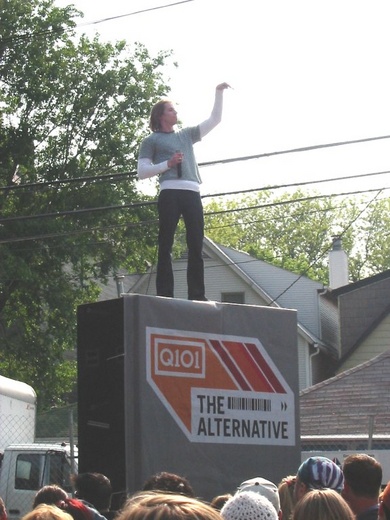 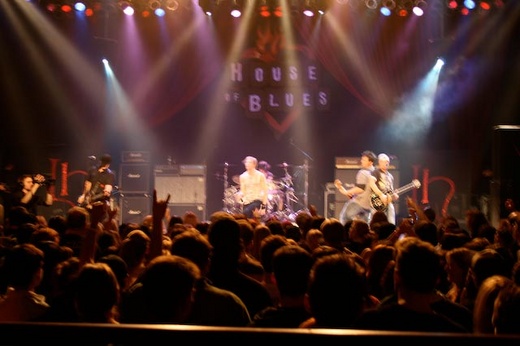 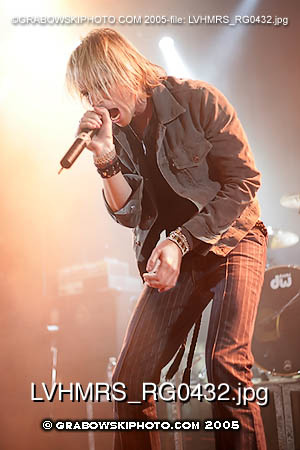 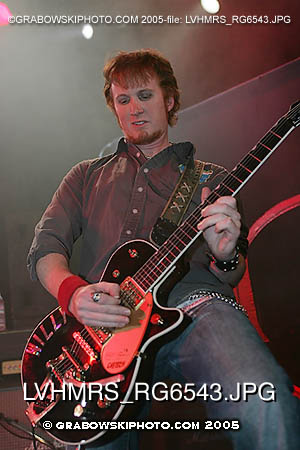 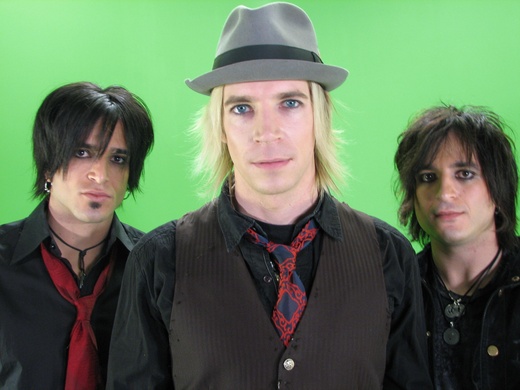 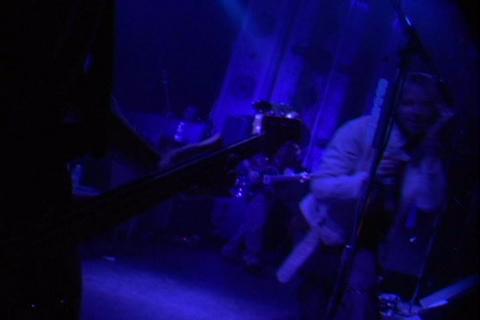 Lovehammers Release Heavy Crown by Ultimate-Guitar.com
Heavy Crown is the powerful new disc from Lovehammers, one of Chicago’s long-standing leading rock bands. The fifth full length from the band - Marty Casey (vocals), Billy Sawilchik (guitar), Dino...
Lovehammers - House of Blues, Feb 13, 2010 by Bent Nights
The first time that I saw the Swinging LoveHammers I knew that they were in bed with the devil. Stuck at the bottom of a no name bill on an off night at the Metro eleven years ago, they didn't have...