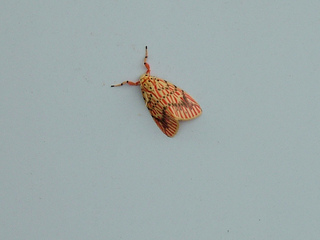 Mushi" is translated from Japanese most directly as "bug" or "insect." However, in a Japanese story mushi are creatures more basic than the simplest organisms. Think of an arm...humans are the fingertips, plants the palms, and paramecium the forearms. Mushi exist somewhere up beyond the shoulder, in the heart or the mind. They represent the essence of existence and consist of life energy itself.

I release music as Mushi Music because I'm trying to go revitalize the basics of songwriting and sonic image. I wish to shape my sounds in ways to express different ideas more distinctly and am learning/developing new techniques to do so.