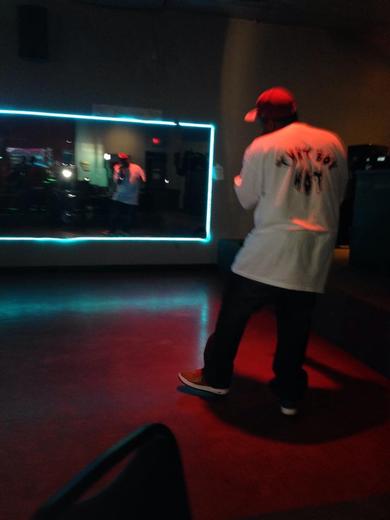 Growing up in the gritty streets of Flint Mi where music and art became apart of his life. and there he birthed the name HOTSTYLE (HOT ON THE STREETS TILL YOU LOOSE EVERYTHING) as he grew older he formed a group with his neighbourhood friends known as ELITE MUSIC GROUP. they released a city wide album" 'Respect The Name" from that moment That Boi Hot was born.  All while building his brand he graced more than a hand full of features, and appeared in several local publications (magazines, blog sites) received internet radio play, on-air interviews,.and appeared on several mix-tapes while releasing several on his own. Burning down venues throughout the Midwest and in the Southern region. All while gaining the respect of the rap community and they all say That Boi Hot
currently
That Boi Hot a indie artist from Flint, Mi by the way of Cedar Rapids Iowa. I have fans and supporters from Texas, Michigan, California, Arkansas, Iowa, and  Minnesota just to name a  few. Currently  #1 on Reverbnation in my city. I'm looking for  DJ’s and radio station magazines,bloggers to submit and help me promote and spread my music. I'm currently finishing my features on other artist songs. While completing my 3rd installment to my Final Destination mix-tape “The layover”
this is my first single Gourmet
p
A
n
E
F
Song Title by Artist Name
987654d
LM
iAnEAqqqq