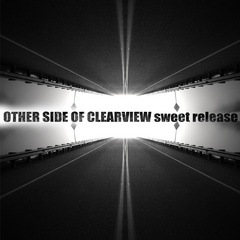 Other Side of Clearview

Mixing catchy song-craft with a powerful rock edge, Other Side of Clearview shows their talent, technical ability and versatility in all areas of their craft. Formed in January of 2007, OSC has made their presence known in the region over the past three years, sharing the stage with bands including Rose Hill Drive, The Classic Crime, Tickle Me Pink, Melissa Etheridge, Jet Lag Gemini, Johnny Hickman (founding member of Cracker) and members of The James Brown Band, String Cheese Incident and Zilla. The group has performed at major events across Colorado including headlining the 2008 AMA Motocross Nationals, Main Stage at Bohemian Nights at New West Fest 2009, sole performer at the 2008 American Institute of Aeronautics and Astronautics Space Exploration Conference at the Colorado Convention (hosted by NASA) and performing at premiere venues across Colorado. Last year’s release of their debut album “Sweet Release” saw great success for the band including airplay on local and regional radio stations 90.5-KCSU, 88.9FM-KRFC, Radio 1190 KVCU, and a their title track “Sweet Release” making the top ten of 93.3FM-KTCL’s Hometown for the Holidays 2008. Additionally the album recently received a nod by KRFC’s “The Nighthowlers” for “Best Album”. Welcoming their newest member Brian Leavitt (former drummer of Fort Collins metal band Mashadar), the band is doing pre-production for their sophomore album (slated for a late summer 2010 release). A new drummer, a new CD and a summer tour in the works- 2010 is going to rock!