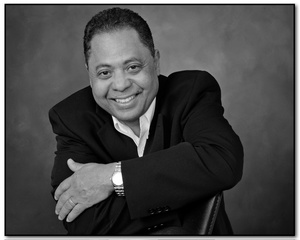 Pat began singing at the early age of 15 in the Caribbean Island of Trinidad where he formed a trio called the Canaries. The three friends went on to win an Island-wide televised contest called Scouting for Talent. The group performed at various charitable venues as the boys were too young to perform in clubs. Returning to his native Jamaica, Pat joined the Jaywalkers, a six piece R&B/Reggae band that enjoyed much popularity with the local islanders.

Migrating to Toronto in the late 1960's, Pat played with various R&B groups such as The Experiments, New Directions, Toronto Revival and The PG Reid Band. Appearing at venues in and around the Toronto area; University campuses; and covering numerous road tours in South Western Ontario; the East Coast including Newfoundland, Pat's vocals wooed the crowds and he became the talk of the town. He has performed with fellow names like keyboard player Kingsley Ettienne; sax player Demo Cates; piano player/producer Eddie Bullen.

Pat’s vocal training began at Toronto's famed Royal Conservatory of Music under the tutelage of Miss John. He then attended the renowned Humber College's Jazz Program, as a Voice Major under Clarke Anderson. Pat holds a degree in Psychology from York University in Toronto.

His debut album “Come Into My Life” was nominated for Traditional Gospel Album of the Year at the 2006 Gospel Music Covenant Awards in Calgary Canada; and songs "Lord of Lords, King of Kings" and the title track "Come Into My Life" were nominated for Traditional Gospel Song of The Year. Accompanying himself on the piano, Pat sooths the soul with vintage Jazz. He hopes to continue writing inspiring songs. Links:
Buy CD
Pat Reid's myspace

Mike and sound system. Can use pre-recorded tracks for accompanyment; so some sort of mini-disk system required, or I can provide.