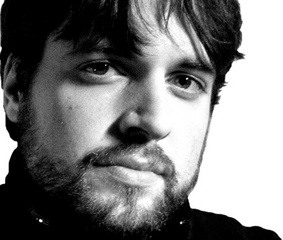 Originally from Syracuse New York, Ryan first gained attention at age 14 playing lead guitar in an alternative rock band called Anodyne which was nominated for a Syracuse Area Music Award (SAMMY). But after performing in a number of electric bands, Ryan decided to give up the amplifiers to see what he could do with just wood and steel and voice. What he discovered in performing solo with an acoustic guitar was an intimacy and nuance he found instantly inspiring. Bringing to the fold his years of electric guitar playing and using innovative alternate tunings, Ryan Fitzsimmons' acoustic world runs the emotional gambit. The lyrics of Ryan's songs range from gentle, poetic details to the in-your-face realism of a bar fight, and his guitar ranges just as far, from starry night to thunderclap.

Over the last few years, Ryan has quietly been establishing a reputation as one of the most original and promising young songwriters on the scene today. Playing shows from Montana to New England (including venues such as Club Passim, Johnny D's, and the Paradise Lounge in Boston, The Narrows Center for the Arts in Fall River, MA, and Stone
Soup in Pawtucket, RI) Ryan has been engaging audiences with his distinctive songwriting and dynamic performances. Along the way, Ryan has shared the stage with performers Ben Folds, Dar Williams, Loudon Wainwright III, Greg
Brown, and Richie Havens, among others.

Ryan's first CD, Open All Night, is the long-awaited companion to his live show. The album is a statement of Ryan's history, and in it Ryan takes all the diners, gas stations, smoky bars, and side streets that he's come across and extracts the human element, drawing the listener in with the questions and emotions that these places resonate. The
album also features collaborations with many of Ryan's friends, including a subtle give-and-take with Peter Mulvey on the song "Write it Down". Delivered with Ryan's inspired guitar playing and dynamic presentation, Open All Night (voted Best Local CD of 2005 in the RI Motif reader's poll) proves what has been exciting audiences at Ryan's live performances for years.
Expand

Play
Will My Mind 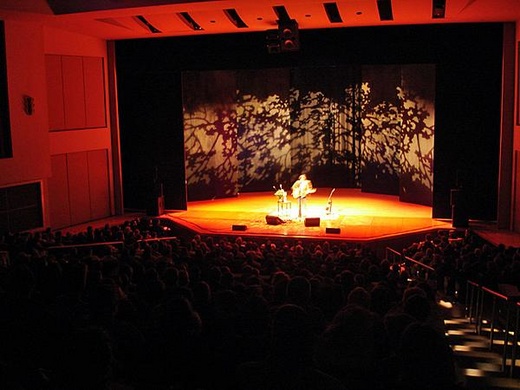 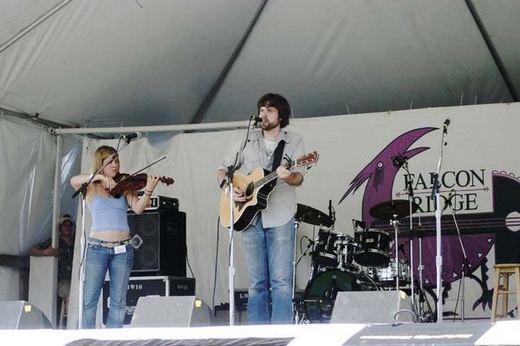 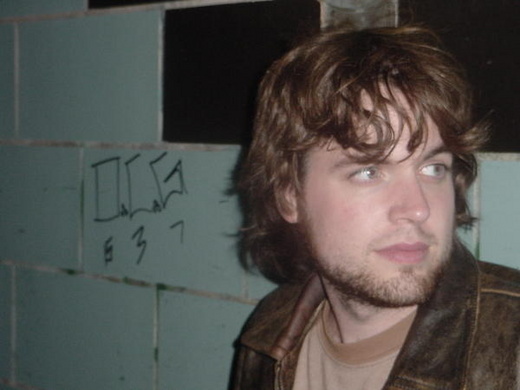 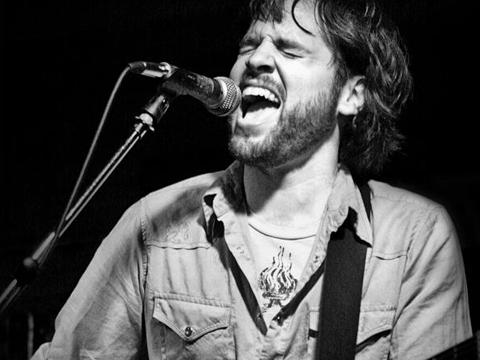 Play
Will My Mind 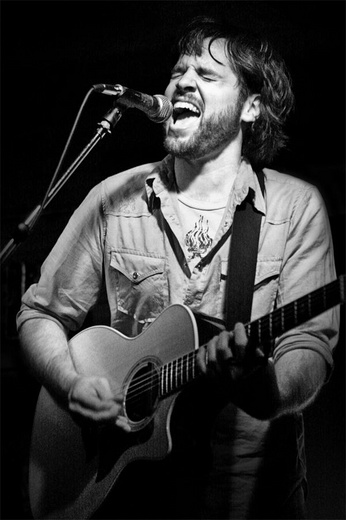 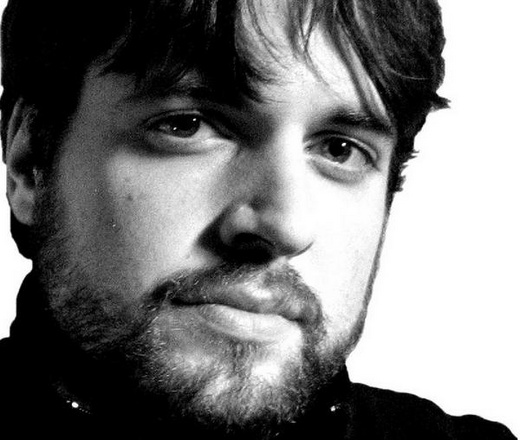 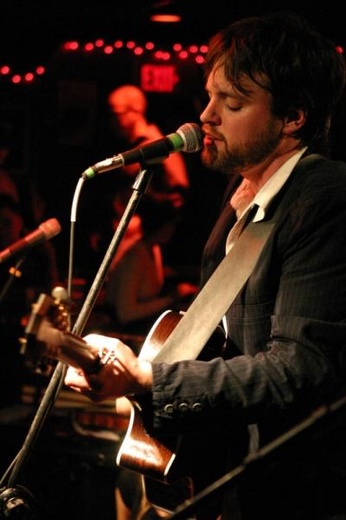 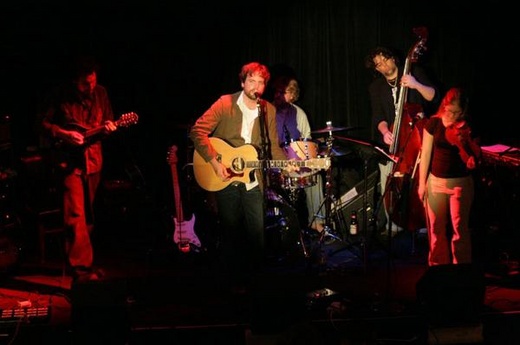 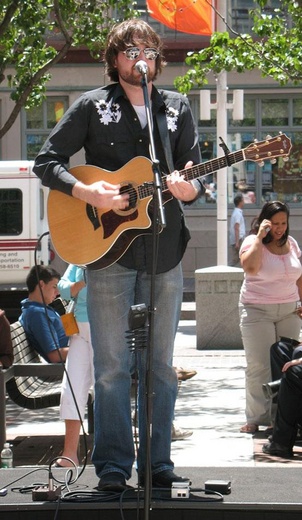 RISA Round 3 compilation CD review by Northeast Performer
Founder and host Ryan Fitzsimmons claims four of the 19 tracks on the album. They are the clear highlights on the album, and show why Fitzsimmons is the King Arthur of this Camelot. The album opens...
Vance Gilbert by national touring songwriter
“I don't know what I was teaching him for, he could probably teach me a thing or two.” (during a live performance in 2000)

RISA Round 3 compilation CD review by Northeast Performer
Founder and host Ryan Fitzsimmons claims four of the 19 tracks on the album. They are the clear highlights on the album, and show why Fitzsimmons is the King Arthur of this Camelot. The album opens with "North Central Line," a lively and brilliant acoustic rock tune riddled with emotion and reminiscence. "Haley Wall" is the highest-energy song on the album, describing helplessness against a beautiful but troublesome woman, repeating the mantra, "And I knew that there was no way I could win
Vance Gilbert by national touring songwriter
“I don't know what I was teaching him for, he could probably teach me a thing or two.” (during a live performance in 2000)
AWARDS AND CONTEST WINS by north-eastern press and festiv
2007 Best Local Male Vocalist - Providence Phoenix Best Music Poll 2007 Falcon Ridge Folk Festival Emerging Artist 2007 Starbucks Music Makers Semifinalist 2005 Best Male Vocalist and Best Local CD - Rhode Island Motif Readers Poll 2005 Winner Starbucks/Nemo Emerging Artist - won Gibson guitar - Providence Region “Open All Night” Providence Phoenix Best of 2004
Dar Williams by MySpace Blog, June 2007
The Narrows in Fall River is a volunteer run coffeehouse and gallery and it's worth a trip. Somehow, confirming Ryan Fitzsimmons as the opener slipped through the cracks. I asked if they could still call him, and he ended up speeding down from Cambridge, peeling into the driveway, and jumping onstage. And then he crushed it, in the words of a rad friend. Genuine, talented, and charismatic.
Mark Bialczak by Post-Standard, Syracuse NY
Opening act Ryan Fitzsimmons took a couple of nights off from his make-it-or-bust job of singing in Boston's subways to drive five hours to perform in his hometown. The Cicero native was the perfect stirrer to the (Loudon Wainwright III) cocktail to come. Fitzsimmons worked the crowd comfortably and showed writing, singing and guitar talent. Particularly striking were "The North Central Line," the energetic tale he based on the statues on the platform of the old railroad station on the north side of Interstate 690 West just before Interstate 81, and "Will My Mind," a gorgeous brokenhearted song about the dead still of winter in Alexandria Bay. Fitzsimmons' guitar was especially golden on the instrumental "Black Rabbit," written by his former Boston pal Peter Mulvey. And his choice of voice covers showed a free-form interpretive side: a revved-up "Don't Think Twice, It's All Right," by Bob Dylan, and a cascading "Higher Ground," by Stevie Wonder. Betcha he turns heads in the Boston underground.
Stacia Waraska by Northeast Performer
Ryan Fitzsimmons was a breath of gentler air. With only his guitar, sweet voice, and clear, simple melodies, he can't help but get your toes tapping. His voice ranges from throaty and sultry to clean and uncomplicated, seeming to innately understand what each chord needs to accompany it. His lyrics ring true, identifying the human condition in a relatable way. Although often poetic, his words are accessible and real, and, backed by his elegant guitar, spin an intoxicating web.
Barnes Newberry by Host, Highway 61 Revisited, Fo
As one of the new breed of young New England singer/songwriters, Ryan Fitzsimmons is the real deal. I happened to catch him as an opening act one night and was knocked out by his singing, songwriting, guitar playing, and poise. He has the chops and smarts to go somewhere and I look forward to catching him again soon when someone else is opening for HIM!
Bob Gulla by Providence Phoenix, Providence
With a compelling aesthetic intact, the young Fitzsimmons seems to have a promising road laid out for him. Part storyteller, part poet, part melodicist, his best tunes recall the work of folk icons like John Gorka and Suzanne Vega
Nathan Turk by The Syracuse NewTimes
His sets have honed songs from Open All Night, which articulate dark clouds of his past like unrequited love (“Empty Glass“), feeling stuck (“LoFi“) and wistfulness in the Celtic-flavored “Sad, Sad, Sad, Sad.“ The vibe is content, though, with a lot of weary, nocturnal musings a la Tom Waits' Nighthawks at the Diner (Asylum) that suggest a loving empathy for the town that seemed to swallow people's hopes...His tone is nostalgic but not painful; he embraces his past as a viable subject matter and runs with it
Joe Cleveland by music director - Folkus Projec
With a flair for the dramatic and the ability to turn power-chords into melody lines, RYAN FITZSIMMONS has long been a stand-out performer on the Syracuse acoustic scene. His continuing growth as a writer of songs rich in imagery and emotion gives Syracuseans even more right to be proud of him. With an increasingly busy tour schedule of regional gigs (he recently made a big splash opening for Peter Mulvey at the legendary Café Lena in Saratoga Springs), Ryan is poised to bust out of the local scene and make his mark as one of the northeast's most exciting new folk musicians