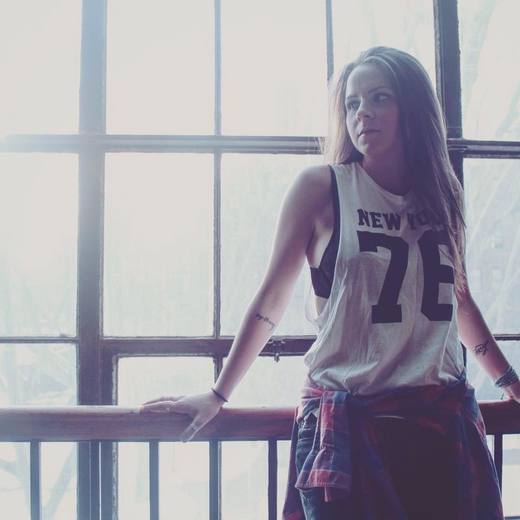 Cristina F is a Pop Artist from Westchester County. After moving back to New York from Florida, Cristina has made an impact on the music scene around the New York City and Westchester County area. She has collaborated with many notable acts, along with being chosen to sing the National Anthem at Madison Square Garden for New York City's very own Professional Women's Basketball team, the New York Liberty. Cristina is an up and coming artist who brings a lot more to the stage than you would expect from a local artist. Currently she has released two EP's, "Feel My Tape" and "The EP," with another set to be released mid-February. All of her music is available online via iTunes, Amazon, CD Baby, Bandcamp and more.

'Touch Me' one of Top 10 Most Talked About Songs o by I Am Entertainment Magazine
Touch Me" was just ranked #7 on The Miews' Top 10 Songs of Summer! Check out the Podcast below
'Be Happy' one of the Best Songs of the Month by Songwriter Universe
'Be Happy' made the final list with amazing writers such as Steve Mackey who works with artists like JoJo and Selena Gomez. Fun fact: Meghan Trainor was also a finalist in the past for "All About...
p
A
n
E
F
Song Title by Artist Name
987654d
LM
iAnEAqqqq