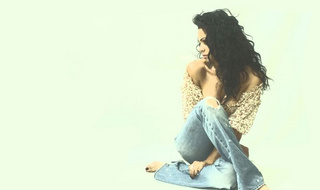 Born in Las Vegas, Nevada, the girl known to her family as Dianna, discovered a love for music at an early age, participating in school and church bands as a way to stand out in the pile of 7 siblings. Being the youngest gave her little opportunity for “radio time”, so much of her inspiration comes from artist of the 60’s and 70’s as well as her brother, Rico, with whom she often co-writes. Described as having ‘a powerful voice and riveting lyrics’, Stephanie Sanchez’s music simply demands to be heard. The original tone in her voice and catchy hook lines have already been enrapturing audiences coming in from across the globe, including London, Germany, New Zealand and New York. She has no plans to sit back and relax anytime soon. A solid career for 20 years as lead singer and performer headlining on the Vegas Strip has given her the time to write and record her first official studio album and has cemented a fast-growing fan base, who has seen her featured regularly in local press, television and radio. The album, Corner Bar, is a series of snapshots throughout her life. Growing up in such a large family and in Las Vegas has given Stephanie an innate ability to observe with an interesting and, oddly, practical take on that life around her. She has watched her siblings and surroundings with great detail. Her music is a documentation of those observations in all its happiness and pain but with sincere honesty. As the mother of 2 and the sole supporter of her family, Stephanie kept a hectic schedule of often 3 jobs a day. She began writing songs to keep herself awake while driving from one job to another. After composing a collection of songs, Stephanie showed them to her brother to accompany her on guitar. They began writing together and slowly booked small gigs at various venues throughout the city performing. Stephanie would have to book early shows, because she would still have to make “call-time” for the production shows she worked in at night. It was trial by fire, but during those years Stephanie’s skills in song writing, guitar playing and performing have increased with meteoric effect. Stephanie's music is an original blend of acoustic and southern rock with a jolt of "hair band" rock. She is inspired by artists of the 60's, 70's and 80's. Her voice is powerful but has the ability to control the intensity to reveal the emotion in all of her lyrics. Her vocal style is an impressive blend of Janis Jopin, Bonnie Raitt and Alanis Morisette...with just a touch of Steven Tyler. Now is the journey of a woman who is travelling through life with her sleeves rolled up, refusing to compromise and yet fortunately for us, willing to indulge others in its details. It is clear that the adventures of Stephanie Sanchez are only just beginning.

The Kats Report by John Katsilometes
...the music is top-notch.....she is a genuinely gifted singer...Trust your own ears on this, or believe (Ryan) Greene, who has worked with some great vocalists, ranging from Robin Zander to Anita...
by Monti Rock III
....standout performance by Stephanie (Sanchez)." - Monti Rock III, Monti Rock Blog
by Chuck Rounds
Stephanie (Sanchez). Throughout a wide range of styles and songs, (Sanchez) shows off her incredible voice. She compliments the company well, and manages to truly be a part of the cast rather than...
by Richard Abowitz
The most talented cast member is not actually one of the dancers but singer Stephanie (Sanchez).... Every moment she is on stage, (Sanchez) delivers with enough flair, good humor and enthusiasm to...
by Las vegas Weekly
Stephanie Dianna Sanchez, the former Stephanie Jordan, is best known locally as.... powerhouse singer in...Fantasy at Luxor."
by Mike Weatherford
Stephanie (Sanchez) carries over as the right singer for this gig. She has a body that blends right in with the dancers, and yet her lusty vocals give the effort a needed dimension beyond pure eye...
p
A
n
E
F
Song Title by Artist Name
987654d
LM
iAnEAqqqq