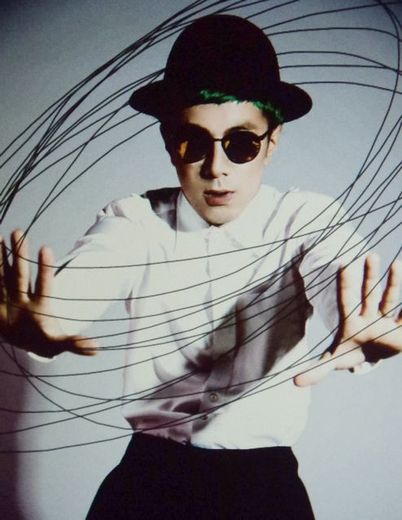 From the city of Saitama, to the Downtown of Manhattan, Tatsuya's eclectic and unique style is a result of his diverse experiences. At a very young age, his mother who loved music exposed him to Charlie Parker and Sadao Watanabe. As encouragement, she bought him an alto saxophone. "I really wanted to play the piano, not a saxophone" he says. Not being able to read music hindered his process at the start, but his gifted ears lead him to a music career later in life. Although Tatsuya objected playing the instrument, he loved music. He could not stay away, and after several years, he joined a saxophone quartet. His team won the bronze medal at a local state contest. He mentioned later that his saxophone was extremely poor quality and winning bronze was almost a miracle. Tatsuya was 14 years old while watching TV show about NY culture in Japan. “Who is this lady?? She looks crazy. Is this how they are in New York?” Later he says ”Now I remember, it was Patricia Field”. Since then he started to be interested in NYC culture through these images on TV screen and he kept watching any TV show about New York and then one day he knew he wanted to go to NYC. With visions of New York City, Tatsuya realized that the Japanese music scene was not for him, He found himself below 23rd street, where free and distinctive music and fashion thrives. Here, he began cultivating his own style. Landing a job with Patricia Filed in her Soho boutique, Tatsuya was infused into the underground world which he had seen as young boy. In less than a year of his arrival he had not only come to NY but had become part of the scene that influenced his dream. The solo artist focused his efforts on his creations, developing a unique sound that includes all the genres based on Electronic music, which have influenced him most. but It wasn't long before that he realized that his sound was not purely electronic, it had incorporated the elements of Hip-Hop he listened to as a teen as well as his childhood classical training."I like Hip-Hop and used to listen to it when I was a teen. I wanted to put some hip-hop elements in my work; the songs will still have NY sounds, not just regular electronic music." Tatsuya says. "In the future I'd love to work with a rapper who sends a real message” Tatsuya has performed for Patricia Field's birthday party in early 2007 and same year she hosted his show-case live at Cielo. Most recently he performed 2 nights in Sao Paulo, Brazil. First, a D’arouche launch party held by Carolina Gannon and David Pollack and another night hosted by Alexandre Herchcovitch at “Alelux”.

Invader by
From the city of Saitama, to the Downtown of Manhattan, Tatsuya's eclectic and unique style is a result of his diverse experiences. At a very young age, his mother who loved music exposed him to...
p
A
n
E
F
Song Title by Artist Name
987654d
LM
iAnEAqqqq