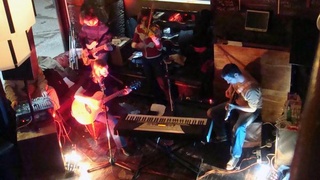 It's a previously un-released song from us called Flaxen-Haired Boy, and a glam stomper from The Company called Join The Dots. This is the first in a series of split singles from Slumberland under the title 'Searching For The Now'.
Expand