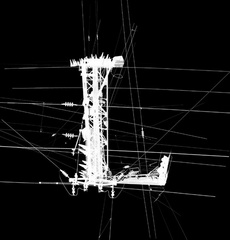 Throughout music history, between genres, and even the hybrids of genres there’s one class in particular that has a special place in everyone as well as standing the test of time: Rock and Roll.

The Lasting wants to continue in that legacy. In a volatile music industry, with music being led by niche groups, the 4 guys in this band are filling a need in music by bringing back an era of deeply textured guitars, even deeper lyrics as well as soaring guitar solos and melodies that come from a level of musicianship that is rarely found in young bands today.

The Lasting has not only tapped into creative and timeless music, but they have also received the full attention of Nashville. In 2007, the band was promptly signed to an Artist Development Deal with EMI CMG. They have truly hit the ground running since February of 2007, having already played 70+ shows across the eastern US. Currently, the band is plotting global domination.