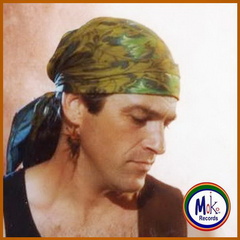 Singer-Songwriter-Lyricist-Guitarist, John Muller, is now Lead Vocalist for "Recover". He was born and raised in the suburbs outside of Philadelphia, Pennsylvania. He started guitar and vocal lessons at the age of eleven, and began singing and playing guitar in his first Rock Band, at the age of fifteen. Shortly after moving to Greece, he began to compose jingles for TV and radio. With the money he earned, he set up a Home "MIDI" Studio and started to write and record his own songs. In 1985, John formed "Flex", a pop-rock group that performed only their own material. In 1986, "Flex" signed a single album contract with ©Sirius, a private record company that was owned and run by Manos Hatzidakis. The album was called "We've Got Something" and received great reviews and got a lot of airplay on the two Greek Military radio stations and several Pirate Stations, as free radio was illegal in Greece at that time! 1987 saw Flex in Cologne & Bochum, Germany after signing a recording contract with ©VeraBra Records. In 1988 John conspired with John Ekmetsoglou, composing several New (Never Released)Rock Songs, "Trapped", Queen of the Night", "Turn it Around", and "You are the Light". In 1991 John sang the title track, "Give Us a Yell", on a promotional album for Rebel Yell Kentucky bourbon. In 1992 he performed with "Yvette and the TNT Band" in a Pan-Hellenic promotional tour for Southern Comfort . After disappearing from the Music Scene for several years, John is now supercharged and has reappeared as "Recover's Lead Vocalist"! His musical influences and interests are and have always been in Soul, Rock, Pop, and Blues.