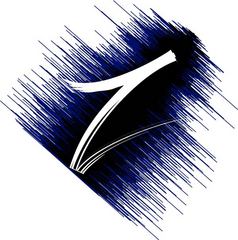 Award-winning electronic artist, producer, and composer Andrew Aversa – aka zircon – has been in constant demand since he released his first video game remixes in 2003. From releasing original electronic music independently and through the Progressive Grooves record label, to remixing rock and metal artists, creating video game soundtracks, and producing and engineering for artists across the country, Aversa has been busy throughout the music industry.

Originally hailing from Pleasantville, NY, Aversa kicked off his career in high school, producing numerous remixes of old-school video game music through OverClocked ReMix (ocremix.org) and following up with two independently-released original albums. His second, Impulse Prime (2005), caught the attention of media producers and was fully licensed over the next two years, but not before winning “Best Techno Album” and “Best Techno Song” at the 2006 Just Plain Folks Music Awards – the largest independent music awards on the planet, with over 350,000 songs entered in 2006 alone.

After moving to Philadelphia in 2005, Aversa became even more prolific, writing for film, TV, radio, and video game productions, remixing Philly-area rockers IKE and Octane, and releasing a third album Antigravity (2007) as well as two EPs, The World Circuit (2007) and System (Progressive Grooves, 2008). Songs from Antigravity topped charts on music websites all over the web, such as Garageband.com, where the singles “Mindbender” and “Breathing You In (feat. Jillian Goldin)” ranked #1 for months and hit the top 10 of all time.

While not working on commercial productions, Aversa continues to release free music. From 2005 to 2007, he founded and directed Final Fantasy VII: Voices of the Lifestream (2007), a non-profit, four-disc arrangement album featuring fan arrangements of music from the classic video game Final Fantasy VII. Within weeks of the release it broke records for popularity and has since been downloaded hundreds of thousands of times, with Aversa’s own tracks on the album receiving thousands of downloads every month.

Today, Aversa resides in Ardmore, PA where he is currently working on another full-length album, the soundtrack to an upcoming Xbox 360 game, and music software & sound products for other musicians and producers. His remix “Flying Heaven” will appear in the soon to be released Xbox 360/PlayStation 3 game Super Street Fighter II Turbo: HD Remix.

zircon does not tour at this time.