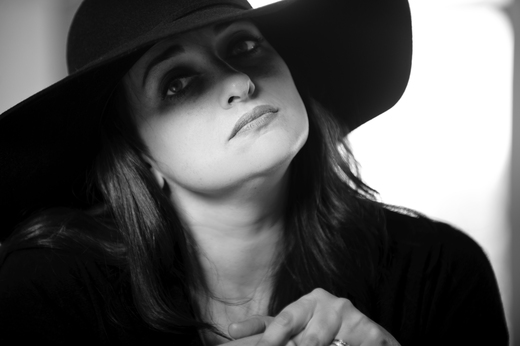 Erisa Rei’s relationship to her music is not a “love affair”... it’s a torrid, sultry, and passionate romance that has defined her existence for over two decades. Her lyrics tell the tale of the long miles between then and now, and her music cries out with every heartache and triumph along the way. From a whisper to a shout, from a growl to a tear, Erisa Rei feels each moment of her life deeply and invites the world to share it through her music

The romance began innocently enough, as a singer in the church choir. Soon she was writing worship songs for her church and from there, the music filled her head and her heart. Years went by and her talent bloomed as she found her home in the roots-rock/ Americana genres. In the embrace of the music, Erisa was swept away, transforming the joy, anguish, and passion of her journey into heart-catching chords and lyrics that came together in 2007 with a four-song EP titled “Backwards”, which earned respect for her art from professionals in that genre

Today, with experience, maturity, and a few more miles under her belt, Erisa is taking her music to a whole new level. Her latest project, “Black Ball” is a defining work, a vital and vibrant cry into the night that is already drawing industry attention. Produced by a creative team of visionaries, including Mike Kyle of Littleton Music Group (noted for his co-production work with Ronnie Dunn’s solo project), and Grammy-nominated Brent Hendrich of WestEnd Productions, “Black Ball” has already received an enthusiastic thumbs up from industry insiders.

This pulse-pounding compilation hit the scene in January and has already made its mark on Americana radio charts. “Black Ball” currently commands the #2 spot on the Root Music Report's Roots Rock internet charts, #27 (and climbing!) on the Roots 66 charts, and is burning up the track on the AMA charts. Radio play is surely looming on the horizon and fans of Erisa’s music can rejoice... live performance is in her blood. She’ll be on the road touring for a long time, striking sparks and sharing the fire.

Anything worth loving is worth fighting for, and Erisa Rei has come on the scene swinging.