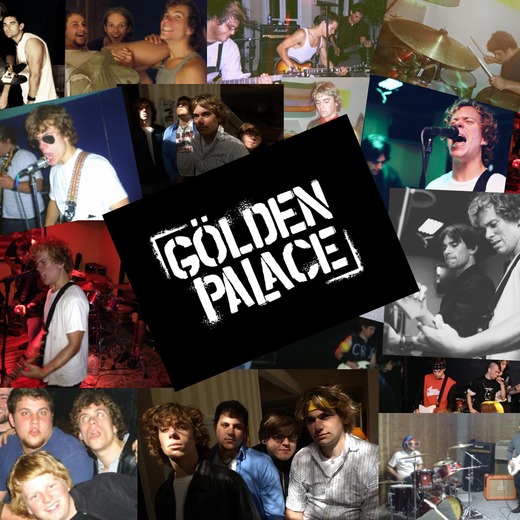 Fueled by a love of punk rock, skateboarding, beach music, hair metal, and vodka, Gölden Palace was formed in the summer of 2004 with Alex Goss on vocals and guitar, Joseph Kimbrell on guitar, Johnny Emmel on drums, and Graham Spees on bass. The newly formed four-piece hit Charleston furiously and quickly gained more traction than ever before. Reminiscent of bands like Thin Lizzy, NOFX, Goldfinger, Less Than Jake, and even a hint of Motley Crue and the Rolling Stones, Gölden Palace made it clear that it was time blur boundaries and give a new energy to the scene. In late 2004, GP entered the studio with producer Dwayne Greenhill to record their debut album "A Little Rock N' Roll," 10 songs which absolutely personify the band's personality and attitude during this era: Four carefree surfer dudes who all lived together in a crappy apartment, living in the immediate moment. The band released "Touch Me There" in 2015, an EP consisting of songs recorded and mixed in 2009 but never previously released, and released a brand new self-titled album in 2017.