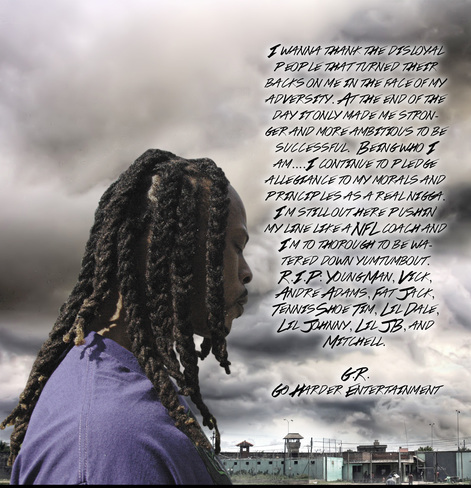 G.R. is from West Oakland and represents for the real ones that are really from the streets.

G.R. (Gangsta Re) is from West Oakland and he spits what he lives.

G.R., Like so many, is a product of his enviroment.