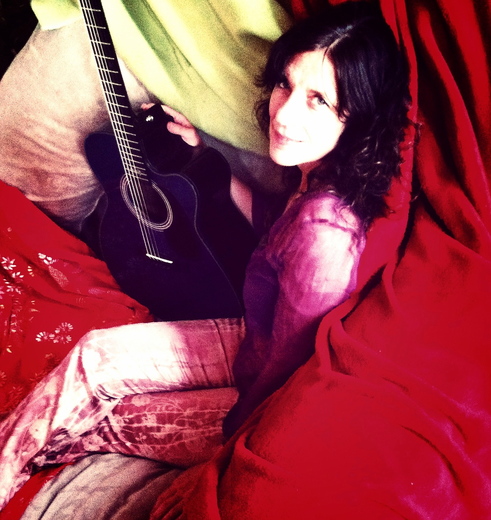 Songstress Jennifer Matthews is a noted, original singer/songwriter with a powerful dynamic vocal range. Her songs are missions from the frontlines of life and have been described as melodic, infectious and haunting

Matthews studied vocal performance at the University of Colorado in Boulder and at Denver's School of Music. While in Colorado, she established herself as a solo artist, performing in local bars and coffeehouses. During this period she developed her unique vocal style and her songs gained recognition, leading to several awards from the Rocky Mountain Music Association.

After a three-month tour through Japan, Korea and Hawaii, Matthews relocated to New York where she formed the five-piece band Beautiful Mud. After a highly acclaimed debut release and performing for several years in New York City clubs, the band separated.

Jennifer moved to Boston to embark on a solo career. She has cultivated a sophisticated blend of rock with hints of mood & blues on her electric Baritone guitar. While maintaining her strong background in rootsy rock, she slings her blue Martin, combining both instruments equally into her distinctive style. Built from her three previous releases (Treehouse Studios - NY City, Shot To The Wind – Boston and Blue In Blue Out - Tremolo Lounge, Worcester), her compilation album Best of 96-01 featured three unreleased songs: "Falling Star", "Heaven To Me" and "..45 Warren Street." The album released by Marc Mathys is an eclectic collection and shows her depth and diversity as a songwriter as well as a guitarist. Blue In Blue Out out was produced by Marc Copely.

In 2003, Jennifer was nominated for a poetry award by the Cambridge Arts Council for her book of poetry released under Somerville's Ibbetson Street Press, "Fairy Tales and Misdemeanors". In May of 2004 Jennifer teamed up with her current manager Rose Gardina and went on to record "The Wheel" which was released in May of 2005 on Thundamoon Records (Independent). Produced by Brian Brown and Jennifer they took the songs to new levels by adding some electronica and loops to her roots rock sound. She followed up with a West Coast tour including performing at the San Diego Indie Music Festival.

In August of 2005, Metronome Music Magazine featured Jennifer as their cover story with a full interview. Shaun McNamara writes "...Matthews and artists like Ann Wilson, Pat Benatar, Doro Pesch and Liz Phair are dissimilar in music style and sound but they all embody an ability to be recognized as straight out rockers. Not female rockers, not rock chicks, and certainly not advocates for a spotlight of women in music. They have no need for a one trick pony. They stood or stand in parallel with the likes of Kurt Cobain, Robert Plant, Neil Young and Chris Cornell, respected for their pure musicianship and charismatic presence..." In October and November 2005 Jennifer toured England promoting "The Wheel" and her soon to be released record "The Sunroom Sessions". Richard Hill of BBC radio writes "Her melodies are as appealing and azure as her guitar" And Tim Condliffe of nationalgigguide.com writes "Jennifer's innovative and creative style kept the audience baited on every word and pregnant pause".

Metronome Music Magazine chose Jennifer's cd "The Wheel" in their Top 15 picks of the year for 2005 right along with guitar god Eric Johnson and Elvin Bishop... they wrote... "Jennifer Matthews is sassy, sexy, edgy and above all, talented! Jennifer Matthews rocked the scene with her album The Wheel !"

In the Sept. of 2006, her much anticipated solo recording "The Sunroom Sessions" was released and available for sale on the Thundamoon Records label. TC Krentz of BGG Music writes "A quintessential set of songs which reveal that her beauty of talent truly runs deep... possibly her very best. " And Brian McGrath of Performer magazine writes "The diversity Matthews displays on The Sunroom Sessions is truly impressive."

From 2006 to current… Jennifer has been touring local and abroad as well as working on her 7th full length record to be released in 2011. She released a DVD “Live at the Piper Club in Rome” in early 2009 and released an EP in the fall of 2010 entitled “The Lost Recordings”.

She is also an accomplished poet, photographer, and artist. Her photography has been shown in Boston area galleries. Her artwork is currently available at her shows.