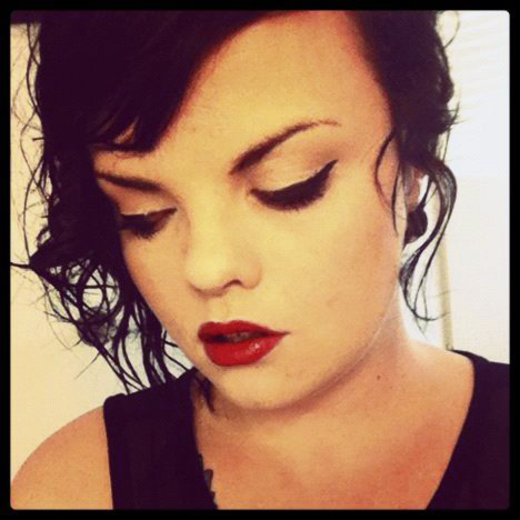 BiographyKatie Ainge describes music like colors on a canvas. She brings a unique texture and imagery to her songs. Ainge's music has soothing acoustical quality to it while the powerful lyrics draw you in. Not afraid to tell the truth and making no attempts to sugarcoat reality her songs ring home to the listener. This becomes most apparent during her live performances when she delivers her music with strong emotion and passion.At the age of 20 Ainge has released four independent EP/CDs. Two independent full band releases and two solo CDs. Currently she in the studio working on her 5th release in-between touring in the western United States.As a child, music struck a chord with Ainge early on. She played the songs in her head on her toys. Her parents noticed and soon she was on her way to a lifelong musical journey. Ainge immersed herself in the piano at age four and then moved on to other instruments. She played Clarinet, Oboe and bass guitar though out her school years in band and orchestra. “When I was young and taking piano lessons, I would skip ahead through lessons and memorize all the songs in every book,” Ainge said.She also participated in children choirs and loved performing. She added, “After my first experiences on stage I knew this is where I belonged.”Ainge was drawn to the bass guitar when her older sister bought one to remember their grandfather who had passed. Ainge’s grandfather played bass guitar during the 60’s band, “Blues Society” in Akron Ohio. “I picked up that bass guitar at age 11 and fell in love with Jazz music,” she said.As a teen Katie had become an experienced keyboardists, bassist and guitarist, and started down the road as singer/songwriter. She began writing her own songs which lead her to the stage at age 14. She plunged in as a soloist and as a part of local bandsranging from Heavy Metal, Folk Rock to Pop and has never looked back.Ainge has played most major venues in Utah and has appeared several times on radio and television.She received an "Honorable Mention" in the 17th Annual Billboard Magazine World Song Contest 2009 for the song "Manic Eyes".While touring Southern California Ainge won first place in the Humphrey's Back Stage's Singer Songwriter Competition in San Diego.Ainge has recently been named as an officially endorsed Seagull Guitar artist.DiscographyThe Hardest Of Fights (May 2011)Arienette (December 2009)Disappearances (June 2009)Monsters (November 2008)TelevisionKJZZ Morning Show (October 2010)PCTV - Mountain Morning Show (February 2011, August 2011)SLCCTV - Brewin' Bistro Episode 4 (July 2011)BYUtv - StarBiz (Summer 2011)