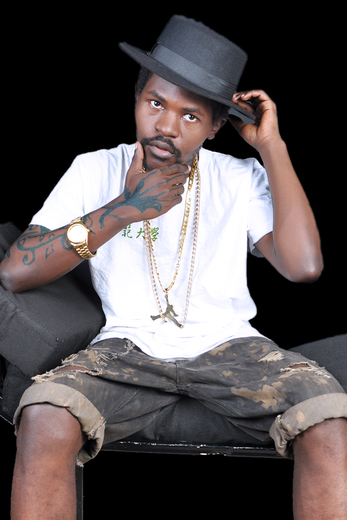 
Micheal Osings (born October, 10,1996), better known by his stage name Lanie Banks is a Ugandan Rapper , song writer and director from Kampala Uganda. He initially gained recognition when he performed at Club Venom located in Kampala along side an established Ugandan artist named Pallaso Mayanja on September 19th 2015 at the NANSU AWARDS. This event was organized by the National Association of Nigerian Students in Uganda.

Right from his childhood, Osings had always involved himself in music related fields and activities like Karaoke, dancing scripts and song writing. He was also a member of the Sunday school choir , his dream and ambition of taking music as a career was stimulated when he watched his Sunday school music teacher , Cinderella Sanyu alias Cindy on television enjoying a successful musical career in the Ugandan Music Industry.

In December 2015, Osings decided to Venture into the music recording world and successfully recorded his singles that include; Tondopa, My Moment and My Girl. These records were aimed at supporting his forth coming EP album chain of emotion yet to be launched and released

Osings was born in Mbale, Uganda. He attended Nabuyonga Primary School , However his parents were surprised and very proud of him when he excelled in school by attaining a first grade in his Primary Leaving Examinations (P.L.E). He was automatically admitted to Mbale Secondary School due to his good grades. He managed to attain his Uganda Certificate of Education (U.C.E), However , he later relocated to Kampala for further studies where he joined St John’s College but got expelled just after two terms of learning shortly after his expulsion, his parents managed  to secure him a vacancy at St. Peters S.S.S Naalya (SPENA) , He finally attained his Uganda Advanced Certificate of Education (U.A.C.E) , here he scored  3 principal passes and 2 Subsidiary Passes . He is currently attending his final semester at Makerere University, Kampala (MUK) , College of Humanities and Social Sciences and Majoring in the discipline of Sociology under Bachelor of Social work and Social Administration.

Osings used to perform in numerous bars and clubs around Kampala hoping to be spotted by Talent scouts but this did not work because he had no recorded music at the time. They were moments when he felt low and did not want anything to do with music, during such times he was comforted and encouraged by his older and more experienced friends at that time , Shanks Monitor and Shanks  Vivi Dee. Among the artists and acts he admired secretly were Atlas da African , Maurice Kirya and Cindy.

Osings  later on met Kaz Kasozi a Jazz and Classic music artist who was working at the Uganda Cultural Centre (National Theartre) and Bayimba Uganda. Kaz Kasozi invited Osings for music classes were he learned how to write professional songs and scripts, his other teacher at the same project was a guest from Switzerland named Maloui Klassien. Osings recalls Maloui Klassien telling him that if he put effort in his art it could take him to places and from that day forward he has never looked back. He strongly believes that on the road to stardom it’s either you go hard or you go home. Basing on this slogan, it is clearly evident that Osings will never take the road back to his home and is striving for excellence in his musical career day by day.

Osings  is single, he was born  to Mrs. Irene Wondo (Mother) and Mr. Osings Didmus (Father). He is the second last born in a family of five that includes; Caro, Calvin, Justine and Job Isaac

Osings broke his leg in a fatal accident  where he was knocked down by a speeding car. He got hospitalized at Mbale Hospital for about six months and missed out  two terms of attending school in Primary three. However, because he used to hold the first position in Class regularly he was recommended for promotion by his teachers and headmaster . He was now able to attend school with his friends at the same level (Primary Four).