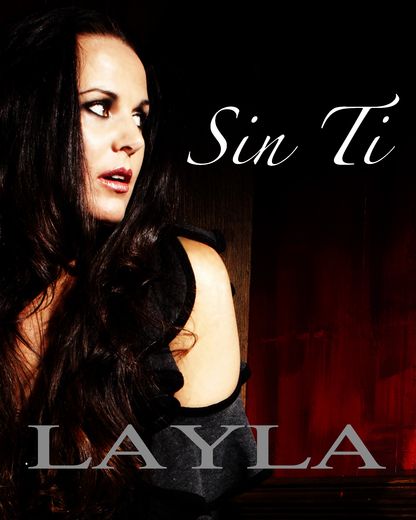 Born into a long line of artists and musicians, Layla started playing the piano at age 6, sax at age 10 and started writing her own music in high school.

After 3 successful CD's, (one of her songs has over 500,000 youtube views) and hundreds of great live performance, and one of the only female Saxophonist/Composer/Vocalists in Latin Music, Layla has been lovingly titled,  'La Reina Del Saxo'.

Live at the Triple Door was recorded in 2005 - launching her own career, but also pushing the powerful vocals of Carlos Cascante into becoming a part of the infamous Spanish Harlem Orchestra.

Her next CD, 'Mientras...'  features grammy-winning musicians, and as a result, two songs off the CD becamse Finalist and Semi-finalist in the International Songwriting Competition.

Currently, she is finaliznig her latest CD, which was 'Composed for the market'.  Layla is working with some of the most talented and well-known musicians in Salsa, Bachata, and Merengue.

Her crossover, bachata single, 'Sin Ti'  has been rising up the charts since it's release 2 weeks ago.  The full album will be release June, 2013.