Since their inception in 2006, Boston’s Letterday haven’t tried to refine, rework, or re-imagine the possibilities of “pop-rock,” “pop-punk,” or any other pop-related, guitar-driven, hyper-hyphenated genre that has been applied to their music from the start. Rather, they’ve simply tried to stay true to what they’ve valued most: writing and performing good songs with unmatched earnestness and enthusiasm

All five members spent their formative years worshiping bands like The Get Up Kids, Saves The Day, and Jimmy Eat World. The group cut its collective teeth on ten years’ worth of hardcore shows in VFW halls. When you listen to Letterday’s most recent release,”Ready,” the pop sensibilities of their idols resonate. The Phoenix’s Michael Marotta described “Ready,” as a “driven, radio-fit, power-pop coaster.” And when the band performs the songs live, their no-frills take-no-prisoners upbringing is unmistakable. Three guitars is going to make any band loud as hell, but these boys play like their hair is on fire

When no one was watching, Letterday was a great group of friends who were unafraid to make music that was sincere and unabashedly catchy. They didn’t write or play the way that they did to fall into line or generate a following, but because it's what they loved to do. They weren’t trying to become some gigantic band, but rather the type of band they would themselves be a fan of: a band with integrity as they have defined it. To this day, Letterday retains the qualities that have sustained them so far with the hope that maybe one person out of any given crowd will connect with something in what they do, the way they connected with their own favorite songs, albums, and bands. And if the recent string of favorable press is any indication of what this band has on its hands with “Ready,” it looks like Letterday might be gaining more than just one fan at a time from here on out.

/// "After a year of reflection, now comes the resurrection for Boston pop-rock darlings LETTERDAY. Back from extended hiatus with a fine-tuned lineup, a sharper perspective, and a fresh batch of songs from this already well-oiled rock and roll machine, Letterday last month announced their comeback with the towering new record 'Ready' and first single, 'Don’t Go,' a driven, radio-fit, power-pop coaster that re-asserts Letterday in the scene." - Michael Marotta, Boston Phoenix

/// "Massachusetts pop rockers Letterday are finally returning to the spotlight with the release of their sophomore EP, 'Ready'... 'Don’t Go,' the opening track on 'Ready,' is a song destined for college radio and late-night sing-a-longs amongst sweaty concert-going friends." - James Shotwell, Under The Gun

/// "Letterday has long been known as a great pop-rock band that can play a complete set of good songs with no filler." - Andrew Wilson, Boston Band Crush 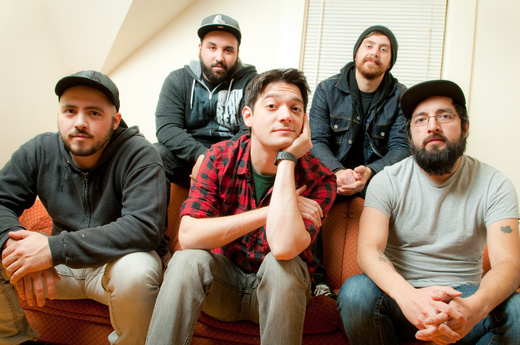