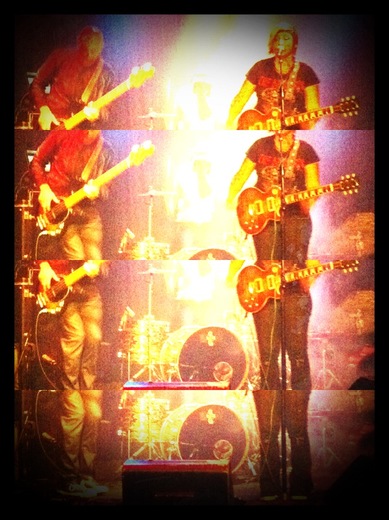 The Nebula Yearbook is here!! We hope you're ready!
The new 30 song album from Love Darling is about to be officially released. We've put our blood, sweat and whiskey infused tears into this one. And its only available now within a Nebula Key Pak! We've bundled the new album + the whole LD catalog + exclusive videos on a 4GB Key drive which we are calling the Nebula Key Pak. Plus, we are throwing in a limited edition Nebula t-shirt, a signed vinyl record, and a few other fan goodies in this key pak as well. And the special kicker to getting a Nebula Key Pak is any fan who buys one will become an "elite fan" and get LIFETIME FREE ACCESS TO FREE LD MUSIC as well! Seriously..

This is a limited offer, as we only have a small number to give out to fans...so
BECOME AN ELITE FAN OF LOVE DARLING AND GET YOUR NEBULA KEY PAK WHILE THEY LAST!
http://www.lovedarlingmusic.com/love-darling-pawnshop/preorde

And to make it even sweeter, every fan who buys this special Nebula Key Pak will be contributing to making our next official music video happen and will also get PRODUCER CREDIT on the next video for one of the singles on the new album

Following up their first two self-released EPs, including Sunshine Dust, which was recorded by Gordon Raphael (The Strokes, Regina Spektor) and featured on Showtime’s premiere series, The Real L Word, Love Darling released their first full-length album, The Occupant Theory, back in August 2012 made possible by a successful kickstarter fan-funding campaign. The record was released on vinyl and digitally. The band explains, “it is made of shiny black vinyl and contains subliminal messages intended to inspire unusually surreal and salacious dreams.” Following the release of the record, the band was thrilled to have the honor of winning the 12th annual Independent Music Awards Popular Vote for best Indie/Alt-Rock Album with The Occupant Theory

Love Darling is currently about to release their upcoming (30 songs total) follow up, The Nebula Yearbook. This "album", which will be made available on 4 GB USB "pawnshop key" drives, includes remixes of The Occupant Theory songs, photos, videos and bonus content as well as a number of brand new tracks that never made it onto the vinyl. Immerse yourself into The Nebula Yearbook, and see where it takes you

The new 30 song release from Love Darling is finally here. And we've bundled the new songs plus some limited edition schwag into 300 exclusive Nebula Key Paks

If you want to be the first to have the new album plus much more, hurry and claim your Nebula Key Pak while they last

If we sell them out, we'll shoot a new music video for one of the singles off the new album