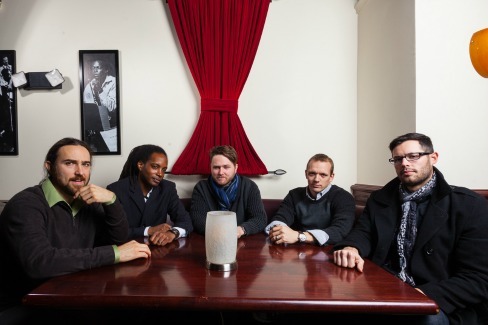 About Luke Wade and No Civilians

Some musicians seek the artist’s life; others are born into it. For Texas-based singer-songwriter Luke Wade, it turns out both are true.

Wade, a Texas native whose sophomore album, “The River,” arrives March 21, has been a fixture of stages Southern and otherwise for more than a decade. The son of a painter and dancer who grew up in a family of creatives, he decided years ago that his future lay not in the studies he’d been pursuing — astronomy, physics and engineering, you know, the easy stuff — but on stages and scenes telling his stories.

“I really think that’s why I’m on this planet,” he says. “I never sit in my house and play songs for myself. It’s all about what they do for other people, that shared experience.”

That experience will get a little bigger with “The River,” a set full of the rock, pop, soul and folk songs that have made Wade and No Civilians a Texas draw for years. It would have been sooner, but Wade says it needed time to properly marinate. “It’s where you’re trying to sauté the vegetables, cook the meat and bake everything — you want everything to be done at the same time, so it’s hot and ready.”

He’s been cooking for a long time, and he comes by his music life honestly. Wade, 30, grew up in the small town of Dublin, Texas (pop. 3,000). Creativity is shot throughout the family. His father, Bob Stuth-Wade, is a well-known visual artist, his mother a dancer and dance teacher. His sister is a writer, and his brother David plays sax in Luke’s band.

But his childhood wasn’t without its share of speed bumps. As a small child he contracted spinal meningitis, as a teenager he endured a paintball injury that left him largely blind in one eye and at 17 he suffered a heatstroke that resulted in temporary brain damage and amnesia. “I was out for the better part of a day,” he says. “I came to and didn’t know my parents’ names. I had to relearn how to do a few things.” He recovered fully, but says the experience shaped his worldview, musically and otherwise. “Sometimes it takes things like that to make you realize how short life is and drive you to do what you can with the things you have.”

We should say here that Wade’s got a pretty diverse background outside of his music. He has a political science/pre-law degree, and took ballet, tap and jazz for 11 years. He also — and these are his words — says he used to be a pretty great bartender. “I’m the kind of person who has maybe an inappropriate amount of resolve,” he says. “I have to finish one thing before going on to the next thing.”

But once it became clear that the next thing was music, Wade never looked back. His own drive and discipline, he says, comes from his dad. “I quote him all the time, and it’s awesome because we don’t make the same kind of art. But he’d always say ‘Reduce your ambition, increase your resolve.’ Don’t think about where you’re going to be, think about what you can do right now to be an inch better.”

For Wade, that drive happens a little bit, every single day. “I don’t do my scales three times a day. I play live five nights a week, at least. That’s where I practice,” he says. “The best way to learn about other people is to learn about yourself. We’re all messed up. And discovering the hard truths about myself and working my way through them is how I get better at music.”

As such, the new album is an honest look at his life in lyrical form. “As Long As She Knows” is about understanding that your passions are part of who you are — and hoping you find a partner with that shared understanding. “Eyes on the Horizon” finds Wade struggling to focus on what’s important amid the noise, cell phones, cars. And the title track, “The River,” is about transitions. “It goes from me singing about the river, seeing that it takes things towards the oceans, toward a bigger place, and then realizing that you’re part of it. You’re always in it. Always on your way.”

And he’s backed by No Civilians, a group that’s both a band and a concept. The name came from an old bandmate; Wade and a handful of musicians were looking to jam after a club show one night, but the serious-minded bandmate had a request of the attendees: “No civilians.” Wade says the name has expanded to mean that people who live music. Its members are revolving — sometimes they’ll play as a three-piece, five-piece or six-piece — but its members have one shared trait; A deep dedication to the music.

Wade is singing about potential while endeavoring to realize his. “I think you’re born with a potential to do so much, and the world gets complicated and things get hard. But it’s just about being a person. And I think that being a human being is the best you can ask for yourself. So it’s that thing looked at through different lenses.”

And a lot of human beings are reacting: “The River” was 100% crowd-funded this summer via a Kickstarter campaign. That’s the kind of fan base that can’t be invented.

“I feel very, very blessed,” he says of his fan base. He tells the story of a veteran returned from Afghanistan who brought his wife and friends to a show in Oklahoma City, and who approached Wade in tears after the show. “Here’s this tough, tough Marine, covered in tattoos, saying he listened to my album every single night in Afghanistan, that it was the only thing that made him feel comfortable.”

He may write and perform them, but Wade says it’s fans like that who breathe life into his songs. “Once I write the song it’s not about me anymore, it’s about who I’m playing for. I write thinking that if someone’s in the right frame of mind this could change their life.” They already have, and they’re about to change many more. 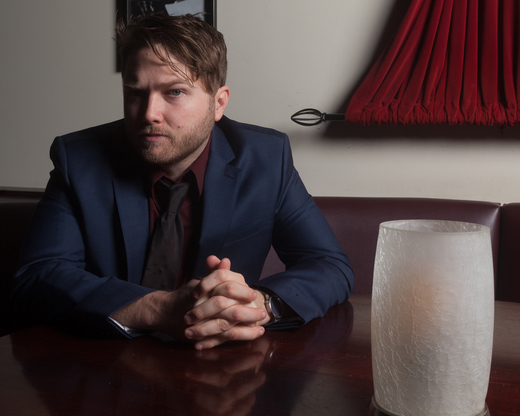 Luke Wade and No Civilians