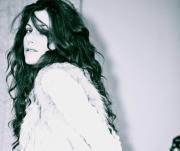 Anyone who has had the opportunity to hear Marla Joy sing live has agreed, her vocals are the likes of which haven’t been heard in decades and she sings from a place that seems well beyond her years.

The child of an unconventional upbringing, Marla found herself on her own for the first time at the early age of 14. “While kids my age were thinking about what to wear to school, I was worried about where I was gonna sleep”This early exposure to the heavy realities of life are what Marla ironically has to thank for her introduction to the great artists that have influenced and guided her to where she gratefully is today. “I turned to music, not popular music at the time. I would listen to Aretha, Marvin, Stevie, Janis Joplin, Jimi Hendrix, Bob Marley, The Stones, Zeppelin. I felt it was the only thing that I could really connect to. The songs are undeniable, but it was the honesty, the emotion that they’d tell the story with. I could relate to the words…the feelings….everything…it was the raw soul.”

Being a classically trained pianist at the early age of four, and with her natural gift of a voice, Marla knew from before she could remember she was an artist, a performer, a singer and a storyteller. Doing theatre in her younger years, agents were quick to offer their assistance, but it wasn’t until Marla found her true calling that things started to take shape.

“I knew I loved to sing, loved music, loved connecting with an audience….but I needed to tell my stories sing my songs.”

The record industry started to take notice as Marla began performing around the city.
Marla has shared stages with the likes of: K.C and The Sunshine Band, The Temptations, Cassandra Wilson, and many more. She was asked to perform to a sold out crowd at the Historical Massey Hall, backed by The Canada Pops Orchestra. Marla was invited to headline the Sick Kids Celebrity Gala, The Make A Wish Foundation Gala, and asked to open for the queen of hip-hop soul, Mary J Blige, at Matt Damon’s OnexOne Gala.

Marla’s Career has continued to reach new heights. It is her raw, unmistakable voice, combined with her unforgettable live performances, that have lead her to showcase at world renowned venues across the United States. These venues include: Los Angeles’ House Of Blues, New York’s famed Arlene’s Grocery, Don Hills, Highline Ballroom, The Bowery for New York Fashion Week, and Madison Square Garden where she was asked by the New York Knicks to perform both the American and Canadian Anthems. Marla was personally asked by recording artist Citizen Cope to open for his U.S Tour, Umphreys McGee also requested her to perform “Sweet Child of Mine” on one of the their Toronto dates to a sold out crowd. Most recently Marla opened and performed with Prince on his coveted after parties/jams on the legend’s Canadian Tour.Marla’s amazing stage presence has not gone unnoticed by the media. Cosmo Girl/Seventeen Magazine called her their “Artist To Know”, and MSNBC, Hollywood Life, Relix Magazine, and Soma Magazine have all penned articles about this rising star.

Marla has collaborated with some of the world’s greatest writers and producers: Dave Tozer (Grammy award winning producer and writer for Jay-Z, Kanye West, John Legend, and John Mayer), Devo Springsteen (Grammy award winning producer and writer for John Legend, Kanye West, and Estelle), Craig Ross (Lenny Kravitz, Mick Jagger, Sheryl Crow, Nikka Costa), but it wasn’t until a chance meeting at Sony in New York City, a few years back that Marla knew she had found her match.

“A bunch of us were in a room, among them Grammy award winning producer “Syience” (Jay-Z, Beyonce, Frank Ocean, Mary J Blige, Neyo) He was known for his Hip Hop/R&B accomplishments, not rock, blues, or soul—but I had this crazy gut feeling about him”

As it turned out Marla was right! Two years later it was suggested by EMI Publishing, that there was a producer they thought Marla should collaborate with, who’s true roots and love were in the rock and soul era of the 60’s and 70’s. In a New York studio for a quick meet, Marla waited as none other than “Syience” walked into the studio. “I want to say I was shocked, but I wasn’t”.

Within 2 days 4 tracks were written, and from there 7 more, and the magic kept Flowing. Live musicians were brought in, some of the industry’s best writers; Andrea Martin, Daniel Merriweather, Mozella, Jared Cotter, One Luv and Kinetics, Tytewriter to name a few, dropped by to collaborate as well. Those few magical months in New York lead to a full length album.

“All that matters to me is to be able to make music and sing music that people can feel and be moved by. Its true I’ve fallen many times, but I believe having to keep getting back up is what made me who I am today. I feel all of those experiences in the bottom of my soul every time I sing, and I hope people can hear, see and feel that.” 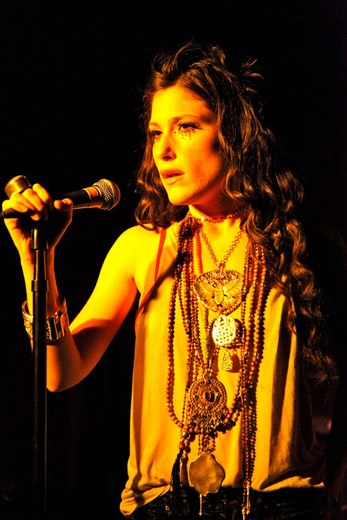