« See all of ILIA's Songs 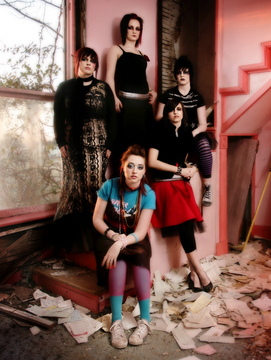 PlayPortrait Of A Lying Heart

Emerging from the deep dirty south of Pine Bluff, Arkansas, just south of Little Rock all female hard rock band ilia (ill-ee-uh) combines a slightly
commercial metal sound with a monstrous hard rock attitude and crunchy hardcore tones. Over the past year, they played over 125 dates. With the relase of their debut ep, over 100 dates already booked for the first half of 2008 and and receiving radio airplay on over 150 stations ilia is poised to strike and take a bite out of the game we call the music biz.
Uploaded: September 15, 2007
Duration: 3m 39s

Comments for Portrait Of A Lying Heart

Way to go girls, little rock voting for you.. Keep the music going.

You guys (girls) are the most awesome band out there!!!
by jollygrngiantswife on September 29, 2007 at 11:48 PM EDT
More Comments