« See all of Eatliz's Songs 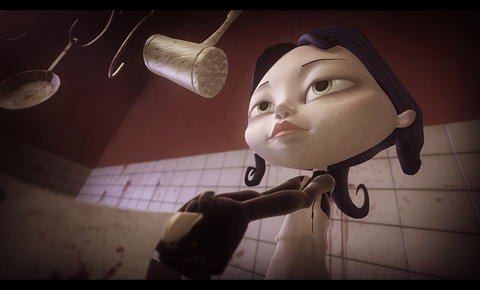 Sci-Fi Fantasy journey of a little girl with a special pet friend, a huge toad. Once the girl loses her pet ,which drifts in the sky in a form of a balloon, she is going thought different adventurous scenarios by chasing it. This is a full 3D animation music video for the song 'Hey' by Eatliz band, taken from Eatliz's debut album "Violently Delicate". Hey is direced by Guy Ben Shetrit, the main composer of Eatliz.
Uploaded: December 9, 2008
Duration: 3m 49s